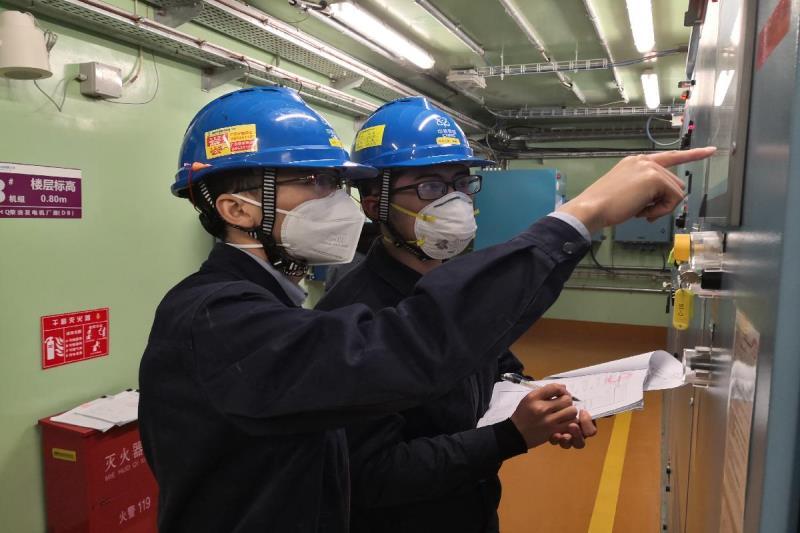 China National Nuclear Corp will balance epidemic control measures with business operations to ensure full-year targets are met while technological innovation and safety will continue to be stressed, said a senior executive of the State-owned company.

Currently, about 99.5 percent of production subsidiaries of CNNC have resumed operations despite the ongoing COVID-19 pandemic, according to Gu Jun, general manager of the country's biggest nuclear power conglomerate in terms of production.

In March, China Nuclear Power Engineering, a subsidiary of CNNC, completed a key test in a nuclear power unit using Hualong One technology — a domestically developed third-generation reactor design — in Fuqing, Fujian province, marking an important step in the development of the unit before fuel loading begins.

"During the crisis, the stability of society is more important than ever. Besides telecommunications, the daily supply of electricity and other utilities are also essential to battle the virus," said Raymond Wang, a partner at consultancy Roland Berger.

In addition to guaranteeing business performance, CNNC is carrying out its social responsibilities. China Isotope & Radiation Corp, another subsidiary of CNNC, has been providing radiation sterilization services for products before use since Jan 27 and has disinfected about 1.2 million medical protective gowns, 280,000 surgical masks, 2.8 million medical latex gloves and 2,000 kilograms of traditional Chinese medicine.

All 800,000 units of medical equipment sent to Wuhan, the hardest-hit city from the COVID-19 outbreak in China, were given free radiation sterilization services, said Wang Dingquan, deputy chief engineer of CIRC.

He said it usually takes 7 to 14 days to sterilize using chemical methods, but radiation sterilization only takes a day, which significantly improves efficiency for areas with huge demand of such products.

"Medical protective garments were not produced in a completely clean environment and bacteria or viruses may harm patients and doctors, so sterilization is necessary," Wang said. "The gowns were transported to our radiation station and were sterilized on conveyor belts before being handed over to materials coordination departments in sealed packages."

He added that from February to March, the station sterilized up to 60,000 medical protective garments a day, free of charge. The monthly cost of such services to the company is about 1 million yuan ($141,000).

Compared with traditional chemical sterilization, radiation sterilization is more efficient and environmentally friendly as it doesn't leave any chemical residues, Wang Naiyan, a nuclear physicist at the Chinese Academy of Sciences, told the magazine China Nuclear Industry. It can be used to kill cells that contain the virus, he said.

Wuhan CNNC CIRC Clinical Laboratory received approval to carry out nucleic acid tests in late February, and has been able to test between 300 and 500 samples a day.

"Some small and medium-sized hospitals are not qualified to do tests, so they send the samples to us," Wang said, adding the work is dangerous for technicians due to the risk of infection. "When everyone is running away from the virus, they get close to it."

CNNC sent 47 medical workers to Hubei province, and donated more than 64 million yuan, 118,000 surgical masks and about 40 metric tons of alcohol-based disinfectants to the region. It also donated medical supplies valued at about 2.48 million yuan to its partners in 24 countries and regions, including Italy, Iran, Pakistan and France.

No nuclear power plant in the country has been shut down due to the impact of the contagion, thus helping guarantee normal electricity supply, said Tang Bo, director of the department of nuclear power safety supervision at the Ministry of Ecology and Environment, during a news conference on April 15.

The country's 47 nuclear power units in operation meet all safety standards, while the quality of the 15 sites under construction is also ensured, said Guo Chengzhan, director of the ministry's department of nuclear facilities safety supervision, at the conference.

Guo urged nuclear power companies to accelerate full resumption of operations with safety as the key principle, and encouraged the application of nuclear technologies in sterilization of medical protective equipment and testing.

Wang, from the Chinese Academy of Sciences, said nuclear technology is closely related to people's everyday lives, including in areas of medical technology.