BUSINESS Number of US active drilling rigs increases this week

Number of US active drilling rigs increases this week

HOUSTON, Feb. 8 (Xinhua) -- The number of active drilling rigs in the United States increased by four to 1,049 this week, or 74 more than the same time last year, according to the weekly data released by the Baker Hughes on Friday. 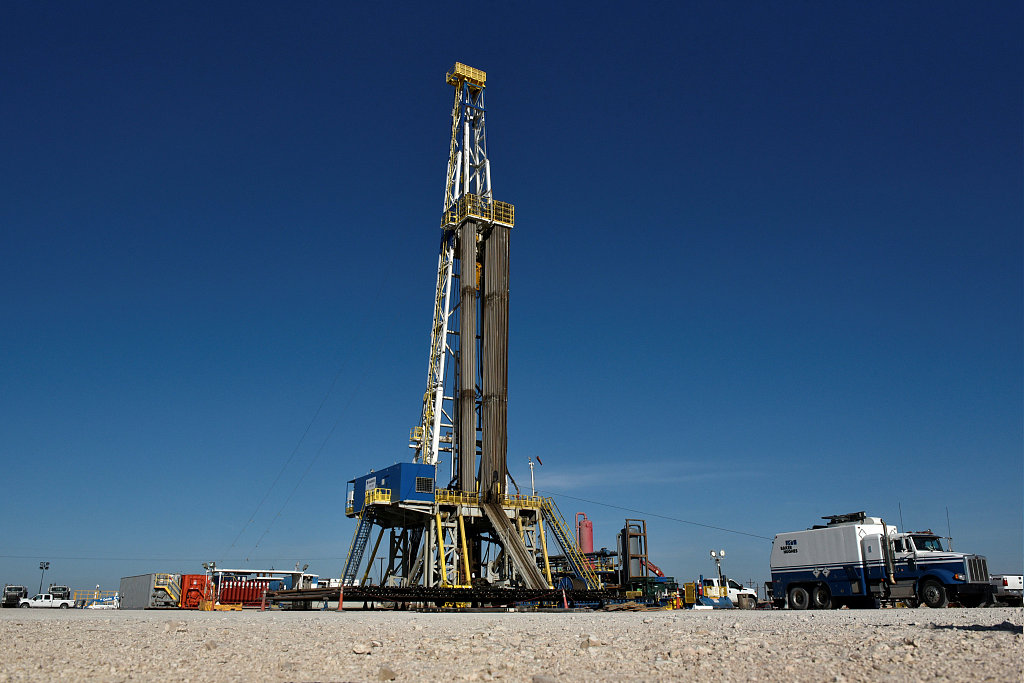 A drilling rig on a lease owned by Oasis Petroleum performs logging operations in the Permian Basin near Wink, Texas, US, August 22, 2018. (Photo: VCG)

The number of rigs operating in US oil fields grew by seven to 854 this week, and more than half of them were located in the Permian Basin region of western Texas and southeastern New Mexico. The number of gas drilling rigs fell by three to 195 rigs.

The Houston-based oilfield services company reported that the number of land drilling rigs increased by four to 1,029. The number of inland waters and offshore drilling rigs both stayed level at one rig and 19 rigs, respectively.

The US states of Alaska and California led the gains by four rigs. Texas decreased the most by three to 511 rigs.

US oil price rose on Friday. The West Texas Intermediate (WTI) for March delivery added 8 US cents to settle at 52.72 dollars a barrel on the New York Mercantile Exchange.