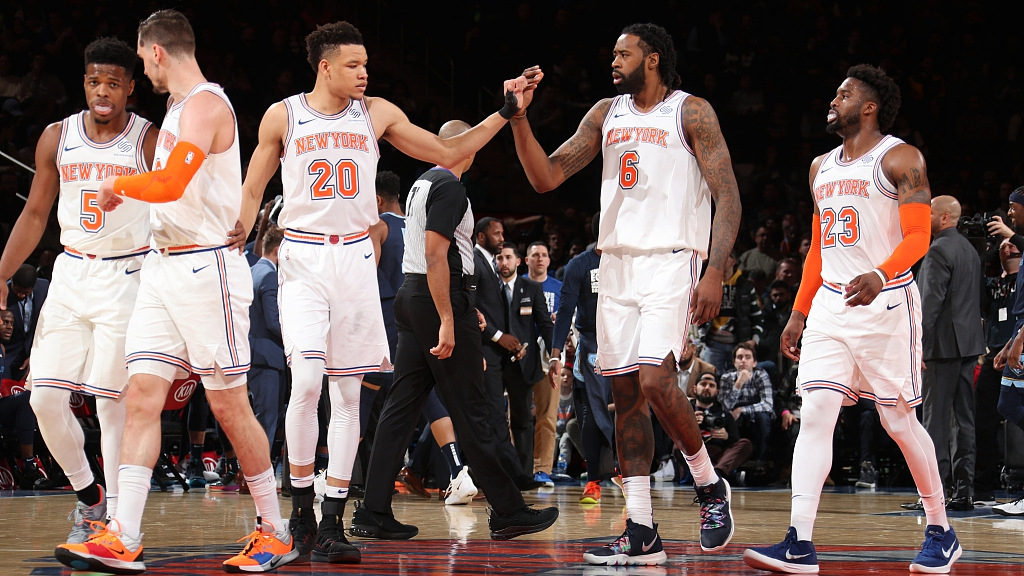 The New York Knicks are NBA's most valuable team for a fourth consecutive year at $4 billion US dollars, according to an annual list published by business magazine Forbes on Wednesday.

The Knicks boosted their value by 11 percent since 2018, even though they have not made the playoffs since 2013.

Forbes said the franchise is still reaping the rewards of a one-billion-US-dollar renovation of Madison Square Garden.

The Philadelphia 76ers had the NBA's biggest increase in value for the second straight year, up 40 percent to 1.65 billion US dollars.

The Cleveland Cavaliers, faced with a long-term rebuild after losing three-time NBA champion LeBron James to free agency last offseason, were the only franchise to lose money on an operating basis and decrease in value.

The Cavaliers slipped 10 spots to 25th on the list and are now worth 1.28 billion US dollars, down four percent from last year.

According to Forbes, the average NBA team is worth 1.9 billion US dollars, a 13-percent increase from last year, and three times the amount from five years ago.

To explain the jump in average team value, Forbes said each of NBA's 30 franchises received more than 110 million US dollars last season from equally-shared revenue like national media, sponsorships, licensing and international streams.

"In the beginning of the decade, more than half of the NBA teams were losing money, and now the average operating profit is double the level it was two years ago," said Forbes' senior editor Kurt Badenhausen.

"Teams have benefited from NBA's 24-billion-US-dollar TV contract with TNT and ESPN, which kicked off with the 2016-17 season, as well as the collective bargaining agreement reducing the share of revenue players receive."

The Knicks are tied with the New York Yankees as the second-most-valuable US sports franchise behind the Dallas Cowboys, worth estimated $5 billion US dollars.