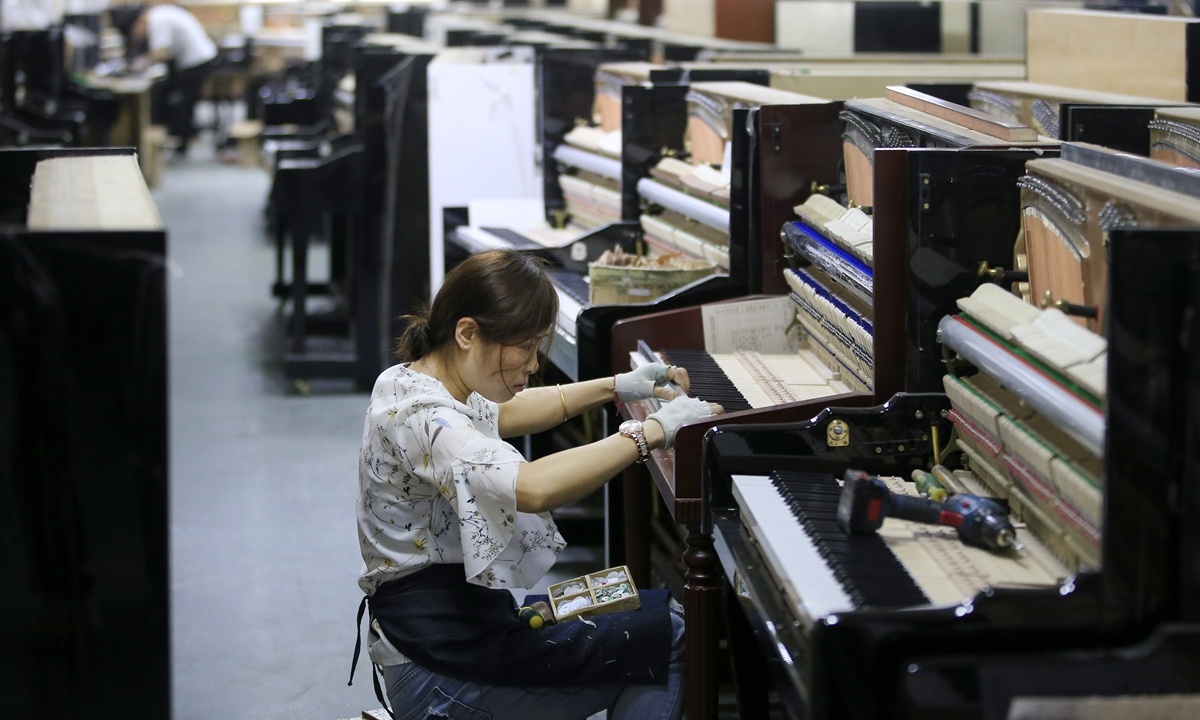 The recovery of China’s economic activity has been swift and growth will reach 8.5 percent this year and 5.8 percent in 2022, according to the Economic Outlook released by the Organisation for Economic Cooperation and Development (OECD) on Monday.

Investment will remain a key engine of growth, while consumption will recover only gradually. Robust export demand will keep industry capacity utilization high. The low proportion of imports in overall consumption means that the global surge in raw material prices will only have a limited impact on consumer price inflation, the OECD report said.

The forecast is a further rise from an interim economic outlook the OECD released in May, in which it expected China’s economic growth to be 7.8 percent in 2021.

China’s factory activity continued to expand in May. Data from the National Bureau of Statistics (NBS) showed on Monday that the official manufacturing Purchasing Manager’s Index (PMI) was 51.0, indicating continued expansion, albeit at a slightly slower pace than in April due to surging raw material prices.

The OECD also forecast that growth will return to the pre-pandemic path. Investment and exports will remain robust as infrastructure projects restart and foreign demand recovers.

In the first quarter of 2021, China’s economy expanded by a record 18.3 percent, official data showed.

The OECD also raised its forecast for global economic growth as vaccine rollouts allow businesses to resume operation and as the US pumps trillions of dollars into the world's largest economy.

The global economy is set to grow 5.8 percent this year and 4.4 percent next year, it said, raising its estimates from 5.6 percent and 4.0 percent in its previous forecast released in March.

“The world economy is currently navigating toward recovery, despite frictions,” OECD Chief Economist Laurence Boone said in the report.

“The risk that sufficient post-pandemic growth is not achieved or widely shared is elevated,” she said.