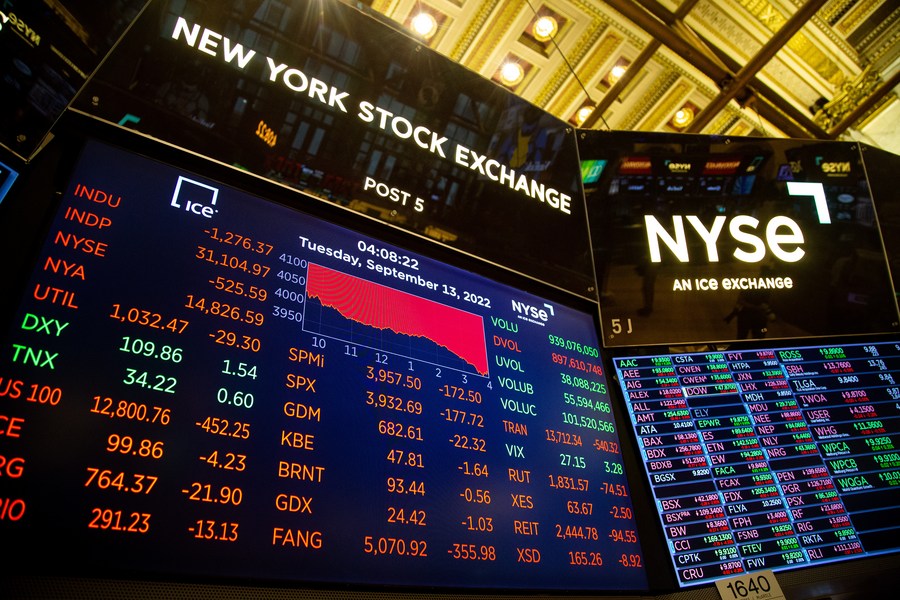 The Organization for Economic Cooperation and Development (OECD) said on Monday that global economic growth is projected to remain subdued in the second half of 2022, before slowing further in 2023 to an annual growth of just 2.2 percent.

"A key factor slowing global growth is the generalized tightening of monetary policy, driven by the greater-than-expected overshoot of inflation targets," the OECD explained in its latest Economic Outlook.

Annual gross domestic product (GDP) growth is projected to slow sharply to 0.5 percent in the United States in 2023, and to 0.25 percent in the eurozone, with risks of output declines in several European economies during the winter months.

The organization noted that inflation has become broad-based in many economies. "More severe fuel shortages, especially for gas, could reduce growth in Europe by a further 1.25 percentage points in 2023 ... and raise European inflation by over 1.5 percentage points," it noted.

Meanwhile, "China continues to have relatively low and stable inflation," it added.

The OECD acknowledged that with the global economic cycle turning, energy price inflation subsiding and monetary tightening by most of the major central banks increasingly taking effect, consumer price inflation is expected to moderate gradually.

However, it still predicted that "annual inflation in 2023 will remain well above target almost everywhere."