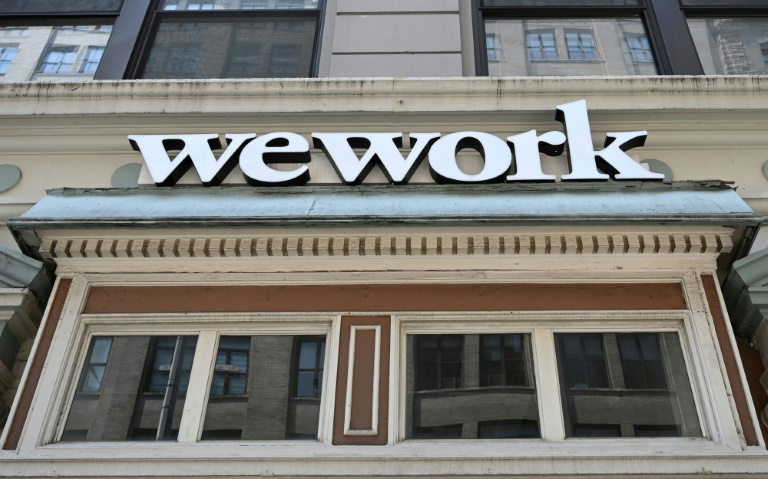 Some investors are worried about skepticism surrounding WeWork's business model and want its planned initial public offering to be pushed to 2020, sources said.  (Photo: AFP)

Fast-growing office-sharing startup WeWork plans to again cut its valuation, this time to below $20 billion, and is under pressure from some investors to postpone its stock market debut, sources said Sunday.

It is the second time in three days that the company has cut its valuation target, after sources said Thursday that its parent The We Company was revising it down from $47 billion to $20 billion over doubts about its prospects from potential investors.

Some investors are also worried about skepticism surrounding the company's business model and want its planned initial public offering (IPO) to be pushed to 2020, sources said on condition of anonymity.

JPMorgan Chase and Goldman Sachs, the two main underwriters for the IPO, will hold a number of meetings with each other and investors to try to ease their fears.

A roadshow to market the shares to new investors that was supposed to kick off on Monday is in doubt, and there are chances that it will not happen that week, sources said.

Investors doubt WeWork's ability to make money fast enough and also wonder if the company is solid enough to withstand a slowdown in the global economy, sources said.

The company aims to raise just over $3 billion from its IPO, considered one of the most important of the year, and to obtain a line of credit of $6 billion from major banks, according to sources.

The New York-based startup that launched in 2010 touts itself as revolutionizing commercial real estate by offering shared, flexible workspace arrangements, and has operations in 111 cities in 29 countries.

The company lost $1.9 billion last year with revenues of $1.8 billion.

WeWork has ventured into new areas like residential apartments and education, and tells investors they should see its quarterly losses as investments.

But certain moves by co-founder Adam Neumann, such as personally investing in real estate before renting it back to WeWork, have also caused consternation.

The co-working company, which calls itself a pioneer in the "space-as-a-service" business, provides office space decorated with bright colors and industrial themes, offering free coffee, e-supplies and utilities.

The reduction in WeWork's valuation is the latest disappointing news from the multibillion-dollar tech "unicorns" seeking to tap into Wall Street for fresh financing.

Both Lyft and Uber have seen their shares slump after IPOs for the ride-hailing services this year, and office collaboration software group Slack has also seen losses after its direct market listing.