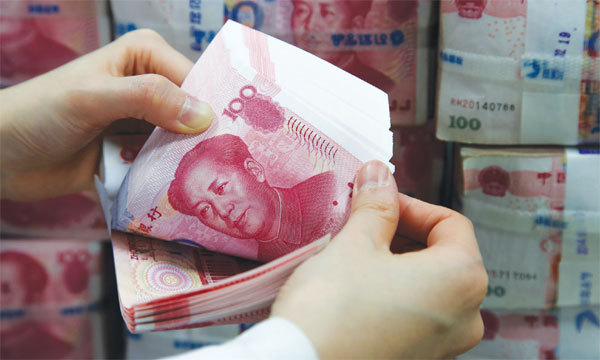 During the June-July period, 84 Chinese enterprises issued 125 medium-and long-term bonds in overseas markets, with a total value of $45.92 billion, said Meng Wei, a spokeswoman for the National Development and Reform Commission, at a news conference in Beijing.

Among them, industrial enterprises issued $12.33 billion in bonds, up 30 percent year-on-year, while real estate companies saw a 24 percent year-on-year decline with a total value of $12.4 billion. Bonds issued by financial companies jumped 25 percent to $14.28 billion, and the money raised was mainly used to support the real economy.

"The rebound in offshore corporate bond issuances in June and July is mainly because China has achieved positive results in its prevention and control efforts in fighting the novel coronavirus outbreak. With the orderly resumption of work and production as well as the restored economic order, foreign capital's confidence in the Chinese economy and corporations continues to increase," Meng added.

In the first half of the year, 164 Chinese enterprises issued 264 medium-and long-term bonds overseas, with a total value of $103.31 billion, Meng said.

Meng added that although the total value declined year-on-year due to the turmoil in the international capital market, the bonds have shown strong resilience with their role in serving the real economy becoming more prominent.

"Particularly, the China-issued dollar bond market is showing strong signs of recovery since the second quarter of this year," Meng said.

By the end of June, the China-issued dollar bond index hit a record high of 201.85 points, up by 6.21 percent year-on-year. Market analysis showed that Chinese enterprises issued overseas medium-and long-term bonds at a weighted average rate of 4.94 percent in the first half of this year, a year-on-year rate decline of 1.3 percentage points.

Experts say that the signs of a rebound offer bond investors good opportunities as many Chinese enterprises gradually recover from the novel coronavirus crisis.

"With the government's effective measures to contain the pandemic, China's economy is gradually returning to normal, showing strong resilience," said Sun Binbin, an analyst at TF Securities. "With ample liquidity in the global market and China's economic resurgence, the China-issued dollar bond market will continue to recover in the second half of this year."

After experiencing a sharp decline in March, the current valuation of real estate bonds has been restored to a certain extent, Sun said. "Due to the lower US interest rates, dollar bonds issued by Chinese real estate firms still remain highly attractive for investors."

Hua Changchun, global chief economist at Guotai Jun'an Securities Research Institute, said China is rebounding to growth after a steep slump from the pandemic, adding that China's GDP growth may reach 6.3 percent in the third quarter and 7 percent in the fourth quarter.

"Policymakers need to strike a balance between a frail economy and the relatively red-hot capital and financial markets," Hua said. "On one hand, the government needs to rev up fiscal, monetary and financial support for the real economy and micro and small enterprises. On the other, the country should also reinforce financial supervision and prevent financial risks."