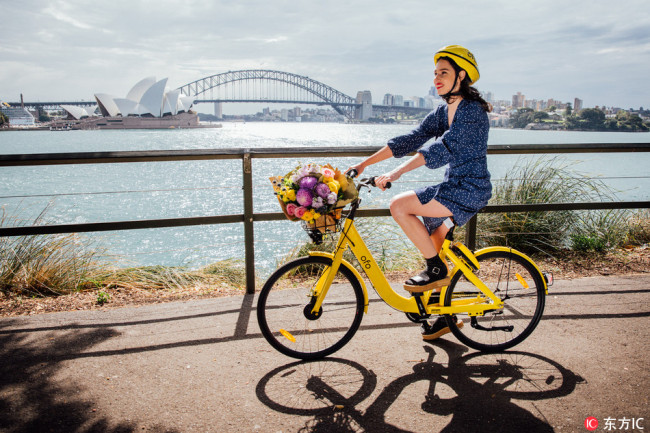 The first batch of 200 bikes will be put into operation in downtown Sydney, with more bikes to be put into service in surrounding areas of Sydney in the coming weeks.

Each bike is equipped with a helmet. 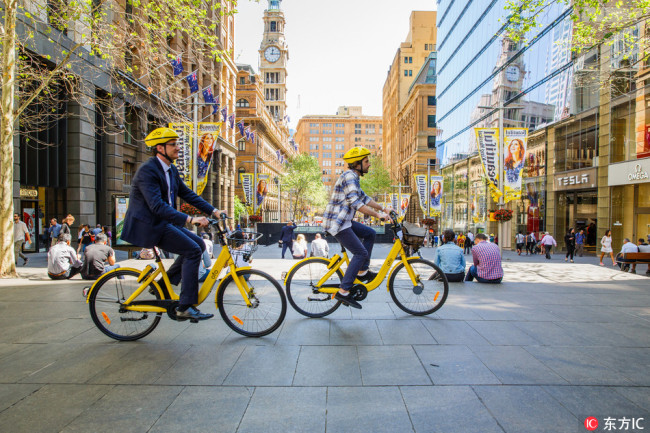 The ofo app in Australia has a "preferred parking zone" function to help users find a proper parking area.

A credit system will also be launched to reward those who use the bikes correctly. Credit points will be deducted from those who break the rules. 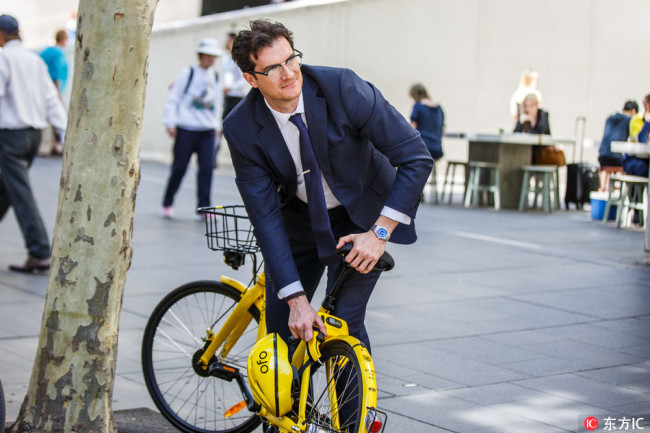 A man locks an ofo shared-bike after he finishes riding in Sydney, Australia, on September 25, 2017. [Photo: IC]

Ofo is the first bike-sharing platform that has obtained the operating license from the Australian government. Ofo has been endorsed by Bicycle NSW, a bicycle association in New South Wales.

The company is planning to launch its services in more Australian cities after starting out in Adelaide and Sydney.

Ofo has a presence in more than 180 cities in 17 different countries.