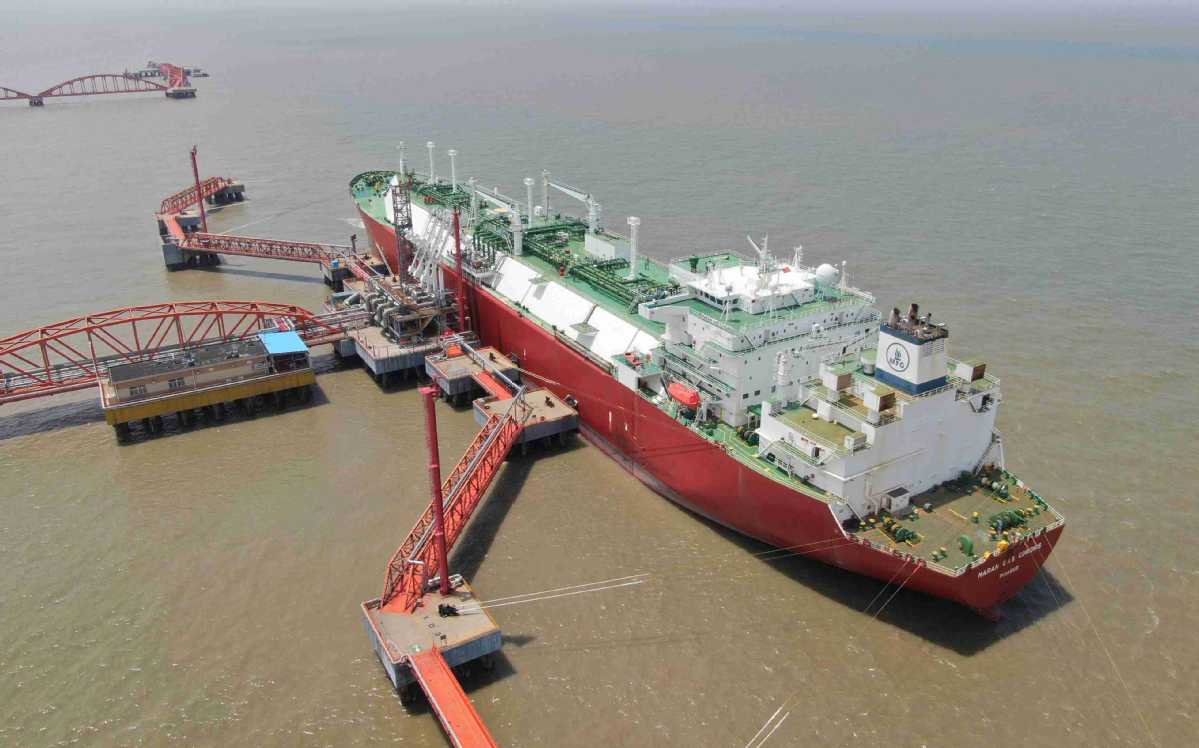 An LNG tanker is berthed at a port in Nantong, Jiangsu province, in May. (Photo: China Daily)

The major oil and gas companies in China, the world's largest natural gas consumer, are increasing their overseas gas supply to ensure a steady supply of power this winter.

China Petroleum and Chemical Corp, also known as Sinopec and the world's largest refiner by volume, said it planned to purchase 13.3 billion cubic meters of liquefied natural gas from overseas during the upcoming heating season, which will be potentially colder than normal due to La Nina.

All of the company's LNG receiving terminals are working at full capacity, it said. The company is also pushing forward the second phase of its Tianjin LNG terminal construction, which will have a capacity of 486,000 cubic meters and be put into operation by November, it said.

As the country's largest oil and gas company, China National Petroleum Corp is also negotiating with gas suppliers from abroad. It has recently received almost 100 million cubic meters of LNG through its Jiangsu LNG terminal, which will be transported to the Yangtze River Delta region.

The National Development and Reform Commission has asked the three State-owned oil and gas companies to ensure sufficient natural gas supply in the coming heating season.

China's heating season normally lasts from Nov 15 to March 15 in the northern regions.

According to the National Energy Administration, China saw robust market demand of natural gas this year and the country's total gas demand is expected to rise 11 percent to 13 percent year-on-year to 365-370 bcm, supported by the easing of COVID-19 restrictions and the strengthening of the economy.

In addition to the import of LNG, the companies are also stepping up construction of underground gas storage clusters.

China's pipeline natural gas imports set a new record of 3.79 million tons in August, up 3.4 percent from the previous high of 3.67 million tons in July, according to the General Administration of Customs.