Oil edges up at settlement as supply questions vex market 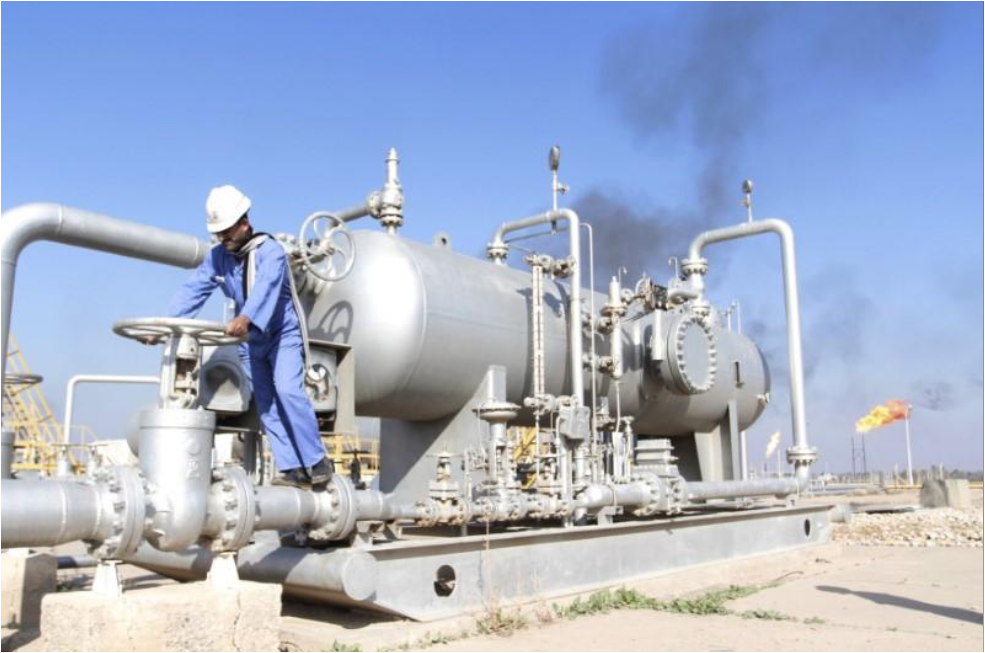 Thursday as investors weighed the potential disruption to oil flows from major exporter Iran in the face of US sanctions.

The market also contended with concerns about Venezuela’s crude production slipping further and with bullish drawdowns in US crude inventories.

Crude traded up to 3-1/2 year highs early in the session, and then retreated after a bearish inventory figure from energy industry information supplier Genscape, before rallying on geopolitical risks just before the settlement, traders said.

“It’s not going to take that much in this environment to create a disruption, and people are going to be very nervous to be short,” said Phil Flynn, senior energy analyst at Price Futures Group. “There’s not a lot of room for error.”

The United States said on Tuesday that it plans to impose new sanctions against Iran after abandoning an agreement reached in late 2015 that curbed Tehran’s nuclear activities in exchange for removal of US and European sanctions.

Brent crude could return to $100 a barrel next year, or even sooner, Bank of America said, due to the ongoing collapse of Venezuelan output and risks to Iranian crude exports. The bank also lifted its average Brent forecast to $70 for this year and $75 in 2019.

Oil prices are on track for their fourth consecutive quarterly gain, the longest such stretch for more than 10 years, boosted largely in the past month by fears of disruption in supplies from Iran, which pumps about 4 percent of the world’s oil and exports about 450,000 barrels per day (bpd) to Europe and around 1.8 million bpd to Asia. Sales to Europe are seen by analysts as the more likely to be reduced by the sanctions.

Analysts had little hope that opposition to the US action would prevent sanctions from going ahead.

European allies have said they remain committed to maintaining the nuclear deal, with German Chancellor Merkel reiterating her support of the accord Thursday.

“Europe and China will not fight against the US sanctions. They will grumble and accept it. There is no one who will realistically choose Iran over the US,” said energy consultancy FGE.

“We believe the previous 1 million-bpd limit for exports (imposed during previous sanctions) will be reimposed. As before, it may take several rounds of reductions to reach target levels,” FGE’s founder and chairman Fereidun Fesharaki wrote in a note.

Even without disruption to Iran’s crude flows, the balance between supply and demand in the oil market has been tightening steadily, especially in Asia, with top exporter Saudi Arabia and No.1 producer Russia having led efforts since 2017 to cap output to prop up prices.

Saudi Arabia is ready to offset any supply shortage but it will not act alone to fill the gap, an OPEC source familiar with the kingdom’s oil thinking said on Wednesday.

The Organization of the Petroleum Exporting Countries, however, is in no hurry to decide whether to pump more oil to make up for an expected drop in exports from Iran, four sources familiar with the issue said, saying any loss in supply would take time.

“What the full impact on Iranian flows will be is still difficult to estimate,” said Petromatrix strategist Olivier Jakob.

“One thing that has changed and which I think is clearly a new development is that it seems to me that the White House administration has really pushed Saudi Arabia to do something about price and to put supply back into the market to make sure prices do not run up ... before (when sanctions were last in place) Saudi Arabia was driving its own oil policy.”

One factor that could partially mitigate any shortfall from Iran is soaring US oil output.

This would make the United States the world’s largest producer, ahead of both Russia and Saudi Arabia.