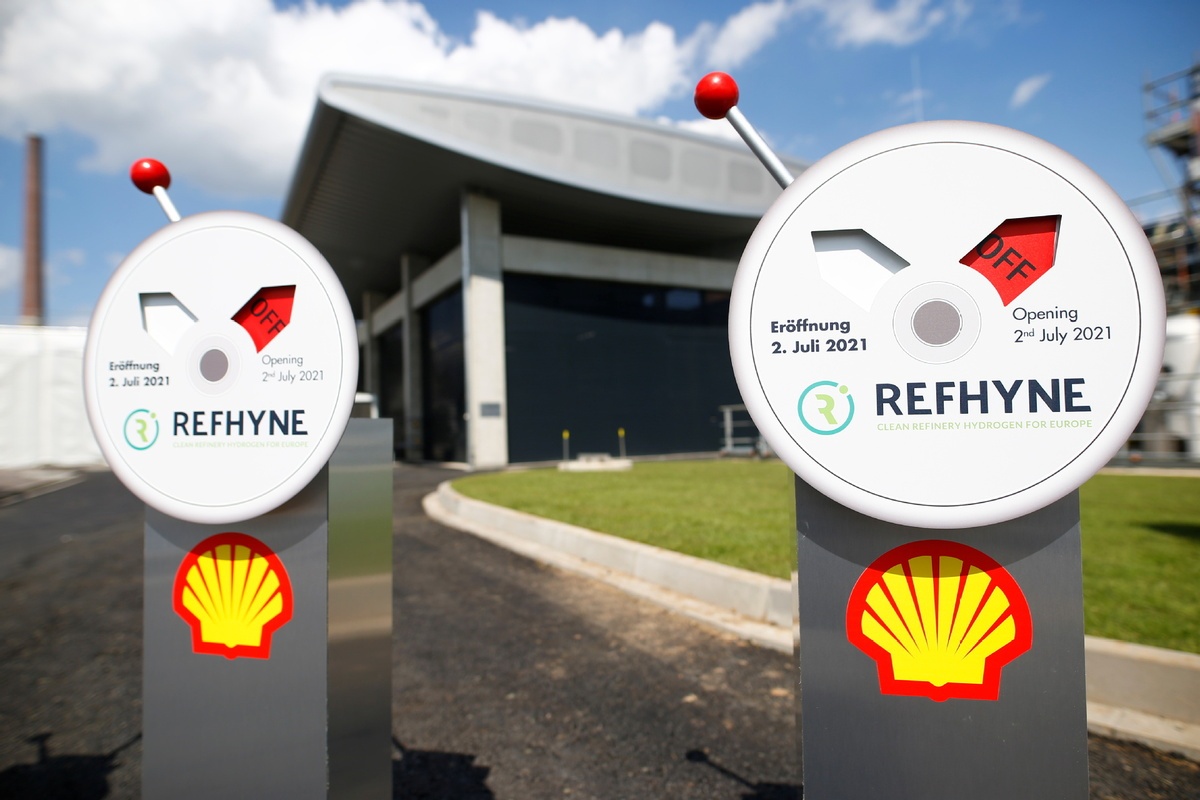 The logos of Royal Dutch Shell are pictured during a launch event for a hydrogen electrolysis plant at Shell's Rhineland refinery in Wesseling near Cologne, Germany, July 2, 2021. (Photo: Agencies)

The Guardian newspaper has alleged many leading fuel companies are contradicting public pledges about building a greener future by working closely with one of the world's most powerful fossil fuel lobby groups.

The paper reports that on the same day that Royal Dutch Shell published its annual environmental report setting out its plans for investment in electric vehicle charging stations, it released another document showing its largest political lobbying donation, more than $10 million, was to the American Petroleum Institute, or API, which on its own website says its "mission is … to influence public policy in support of a strong, viable (US) oil and natural gas industry."

Former United States President Donald Trump was a big supporter of the fossil fuel industry, even choosing as Secretary of State former Exxon chief executive Rex Tillerson, a man who in 2016 said "just saying 'turn the taps off' is not acceptable to humanity… the world is going to have to continue using fossil fuels, whether they like it or not".

Incumbent Joe Biden's regime, however, is more enthusiastic about alternative energy, and has set a goal of having 80 percent of energy coming from renewable sources by 2030.

The Guardian says other corporations including BP, Chevron and ExxonMobil are also major API donors but have not admitted this in public.

Last August, BP announced plans to increase its energy produced from renewable sources from the current total of 2.5 gigawatts to 50 gigawatts, by the year 2030.

"People wish that there was a light switch that we could switch and move out of (oil and gas)," BP chief executive Bernard Looney told The Times newspaper. "This is a massively complex problem to solve… what we need is companies like BP, what we call 'greening' companies, to transition. If you invest in us, you're encouraging a company on a direction toward net zero."

US Senator Sheldon Whitehouse accused the API of "lying on a massive industrial scale" about the climate crisis. "The major oil companies and API move very much together," he said.

With climate change denial no longer being socially acceptable, he said, a kinder public face was necessary, but he added that energy company claims about greener policies should be treated with scepticism.

"The question as to whether they're even sincere about that, or whether this is just 'Climate is a hoax 2.0', is an unknown at this point," he added.

One of API's jobs on behalf of the fossil fuel industry, he said, was to hold up the introduction of more ecological laws.

" (API's) political effort at this point is purely negative, purely against serious climate legislation," Whitehouse said. "And many of them continue to fund the fraudulent climate denialists that have been their mouthpieces for a decade or more."

The Guardian article claims Shell and BP will continue to review their support for API, but Peter Frumhoff, from the nonprofit Union of Concerned Scientists advocacy group, remains unconvinced there has been any significant change of heart.

"I think it's fair to say that API and its prominent member companies have a broadly shared goal, which is to keep the social licence of the oil and gas industry operating, and therefore enabling them to continue to extract oil and gas for as long as possible, as profitably as possible," he said.