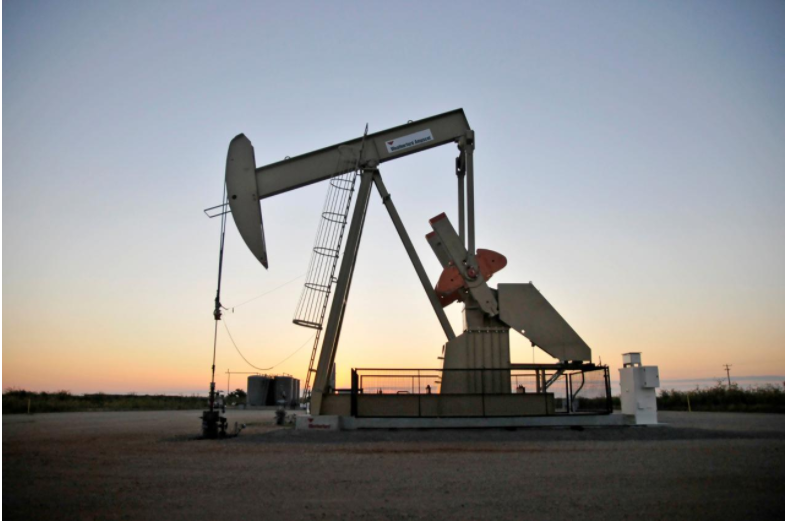 Oil prices were little changed on Monday, trading near their highest since May 2015, as political concerns in some OPEC nations offset projections for higher US oil production.

”However, prospects for further increases in US oil production amid recent improvements seen in oil prices continue to promote bearish sentiment,” Kumar said.

US production is expected soon to rise above 10 million barrels per day, largely thanks to soaring output from shale drillers, according to federal energy data.

“The US oil price is now into a range that is anticipated to attract increased shale oil production,” said Ric Spooner, chief market analyst at CMC Markets in Sydney.

“Traders may decide that discretion is the better part of valor while markets wait on evidence of what happens to the rig count and production levels over the next couple of months,” Spooner said.

US drillers reduced the number of oil rigs operating by five in the week to Jan. 5, the first decline in three weeks, according to a report by energy services firm Baker Hughes on Friday.

Rising US production is the main factor countering output cuts led by the Middle East-dominated Organization of the Petroleum Exporting Countries and by Russia, which began in January 2017 and are set to last through 2018.

A senior OPEC source from a major Middle Eastern oil producer said OPEC was monitoring unrest in Iran, as well as Venezuela’s economic crisis, but will boost output only if there are significant and sustained production disruptions from those countries.

Stephen Innes, head of trading for Asia/Pacific at futures brokerage Oanda in Singapore, said “the OPEC versus shale debate will rage” this year, being a key price-driving factor.

However, Innes added that Middle East turmoil would remain a key focus for oil markets and had the potential to “send oil prices rocketing higher.