BUSINESS Oil majors to trim spending for this year

Oil majors to trim spending for this year 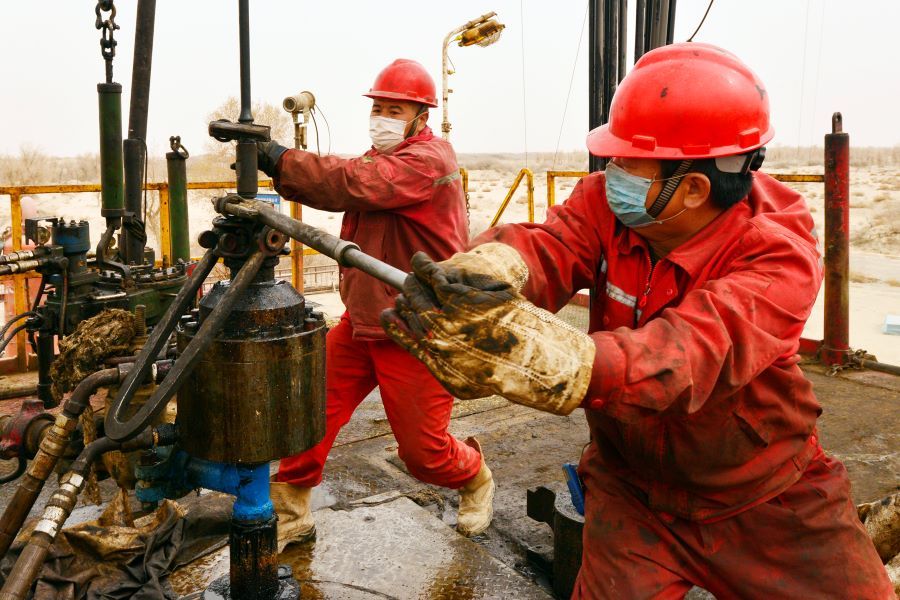 Industry insiders forecast a negative impact for the country's State-owned oil companies if crude prices remain depressed throughout the year as China's top three oil behemoths have announced plans to slash spending plans in 2020 to weather falling demand and prices amid the battle against the coronavirus.

The unaudited oil and gas sales revenue of CNOOC Ltd dropped 5.5 percent year-on-year to 39.95 billion yuan during the same period.

CNPC blamed turmoil in the global economy and a tumble in oil prices for the sharp decline of earnings in the first quarter, with revenue shrinking 14.4 percent to around 509 billion yuan.

"While the low oil price is beneficial to the country's economic operation cost, performance of the country's oil majors may be negatively affected in 2020," said Li Li, research director at energy consultancy ICIS China.

The oil behemoths will likely come under immense pressure from the troubled world economy and further weakness in international oil prices.

This would be more obvious in the second quarter, Li said.

China, the world's top oil importer and key driver of oil demand growth, went into lockdown at the beginning of this year to stop the spread of COVID-19.

As a result, demand for energy for industrial activity and fuel tumbled in the country.

Li warned of a drastic sharp fall in net profit for the State-owned oil and petrochemical companies as domestic demand for refined products and natural gas softens, while prices for those commodities and crude oil are sliding as well.

The exploration and refinery sectors, which normally sees high costs in their operations, will also affect the performance of those companies, she added.

All the three oil majors have announced plans to reduce their spending plans this year by approximately $19 billion combined, according to calculations made by news agency Bloomberg.

CNOOC said in a statement that the company has adjusted its operating strategy promptly and implemented more prudent investment decision-making to ensure its long-term sustainable development, considering the current low oil price environment.

CNPC also plans to lower capex this year to 200 billion yuan from the previously approved 295 billion yuan. Sinopec will cut its capex by 20 to 25 percent to 108 billion to 115 billion yuan, a research note from Sanford C. Bernstein& Co said.

While China could benefit from cheap oil to build up its crude reserves, the rate at which it could fill storage tanks would be lower than in previous years due to limited storage capacity, Wood MacKenzie said.

China's three State-owned oil giants have also been increasing their efforts in oil and gas exploration as a way to reduce China's reliance on energy imports.

They are also looking at the challenge of how to balance the high cost of exploration given low crude prices and the strategic task of ensuring national oil and gas supply security.

The three oil giants could also consider lowering barriers toward a new cooperation model to increase efficiency and lower upstream costs, he said.

Another analyst suggested China gradually open or adjust the price of the country's refined oil products.