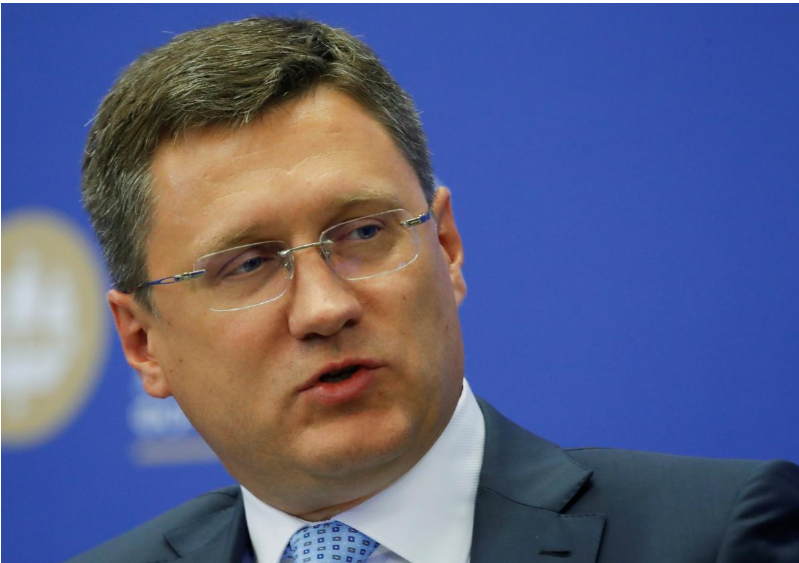 A return to the oil production levels that were in place in October 2016, baseline for the current deal to cut output, is one of the options for easing curbs, Russia’s energy minister said on Saturday.

Sources said this week that Saudi Arabia and Russia were discussing raising OPEC and non-OPEC oil production to ease 17 months of strict supply curbs amid concerns that a price rally has gone too far.

“When we extended the agreement until the end of 2018, we spoke about such possibilities (of returning to the October 2016 level),” Novak told reporters.

“But a decision will be made in June,” he added, referring to meetings of OPEC and non-OPEC countries in Vienna on June 22-23.

The existing deal came into force on January 1, 2017, and envisaged global oil producers reducing their combined output by 1.8 million barrels per day (bpd) to cut bloated stockpiles and prop up oil prices.

In March and in April this year it failed to fully comply with the deal, pumping at the pace of 10.97 million bpd, a 11-month high.

Oil prices have risen to $80 per barrel, levels unseen since late 2014. Russian President Vladimir Putin said on Thursday that the price of $60 “suits Russia”.

Novak was also quoted as saying on Saturday he expected Iran to reduce its output by no more than 10 percent as a result of the move by the United States to withdraw from a nuclear deal and reinstate sanctions against Tehran.

“I think the output reduction will not be as significant as many expect,” RIA news agency quoted Novak as saying when asked if he agreed with an estimate that the sanctions could remove as much as 800,000 barrels a day from the market.

“Some 10 percent is probably the maximum level,” he said.

Novak also estimated that the “geopolitical risk” premium to the oil price was around $5-$7 per barrel.