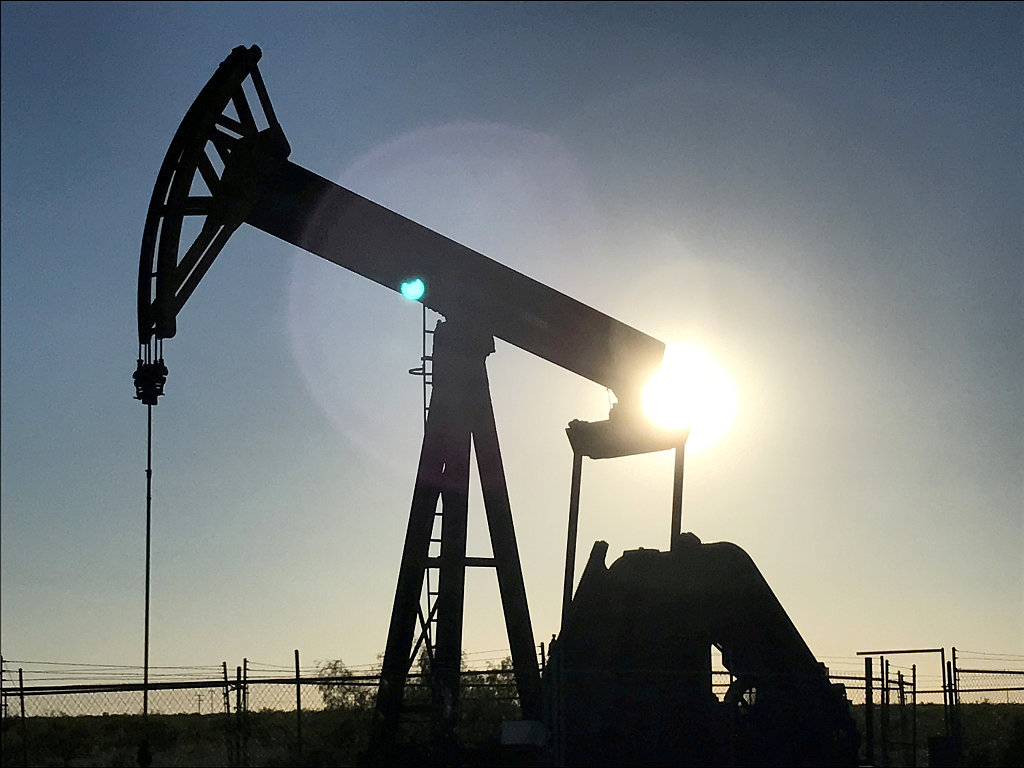 On Monday, oil prices declined as investors worried that persistent trade tensions between the United States and its trade partners could reduce global crude demand. WTI decreased 0.55 US dollar to settle at 67.04 dollars a barrel, while Brent lost 0.28 dollar to 77.34 dollars a barrel.

Global equities suffered big losses last week due to concerns about corporate earnings and fears over the escalating trade tensions, which raised concerns over a potential slowdown in energy demand.

Rising US oil output also dampened investor sentiment. The number of rigs operating in US oil fields rose by two to a total of 875 rigs last week, marking the highest level since March 2015.

On Tuesday, oil prices retreated further as traders awaited the US crude stockpile data scheduled for release Wednesday. WTI decreased 0.86 US dollar to settle at 66.18 dollars a barrel, while Brent lost 1.43 dollars to 75.91 dollars a barrel.

Meanwhile, a stronger US dollar made the dollar-priced commodity less attractive for holders of other currencies.

The Dollar Index, which measures the greenback against six major peers, rose 0.45 percent at 97.0104 in late trading on Tuesday.

Oil was also burdened by signs of rising supply from top producers, with Saudi Arabia and Russia both indicating they would provide enough oil to meet demand once US sanctions hit Iran from next week.

On Wednesday, oil prices declined as official data showed that US crude stockpile data rose for a sixth straight week. WTI dropped 0.86 dollar to settle at 65.31 dollars a barrel, while Brent lost 0.44 dollar to 75.47 dollars a barrel.

The US Energy Information Administration (EIA) said in its weekly report on Wednesday that the country's crude oil inventories rose by 3.2 million barrels in the previous week, less than expected.

Meanwhile, US gasoline stockpiles fell by 3.2 million barrels in the week, while distillate fuel inventories decreased by 4.1 million barrels, according to the EIA.

On Thursday, oil prices extended further losses, setting the decline on track for the fourth consecutive week, as global supply continued to rise from world's major oil producers. WTI dropped 1.56 dollars to settle at 63.75 dollars a barrel, while Brent lost 2.07 dollars to 72.97 dollars a barrel.

The Organization of the Petroleum Exporting Countries (OPEC) boosted oil production in October to its highest level since 2016, with the United Arab Emirates and Libya taking the lead.

Analysts believed that the supply increase has offset the negative impact and declines in Iranian shipments caused by new US sanctions on Iran.

On Friday, oil prices continued to fall, as investors grew concerned over rising global supply and US oil waivers from Iran sanctions. WTI dropped 0.55 dollar to settle at 63.14 dollars a barrel, and the Brent lost 0.08 dollar to 72.83 dollars a barrel.

Washington decided to re-impose sanctions against Iran, which had been lifted as part of the 2015 nuclear agreement, US Secretary of State Mike Pompeo said Friday.

However, the United States will grant temporary waivers to eight "jurisdictions" from the sanctions on Iranian energy imports, according to Pompeo. Analysts believed that such moves increased uncertainty for the global oil market.

Oil market watchers have been closely monitoring the situation to determine how forcefully the Trump administration will enforce the sanctions. Some analysts are worried that the market will be unable to offset further expected declines in exports from Iran.

Imports of Iranian crude oil by major buyers in Asia hit a 32-month low in September.

Meanwhile, the market will focus on the news of any meeting between officials from China and the United States aiming at seeking solution to the ongoing trade tensions.