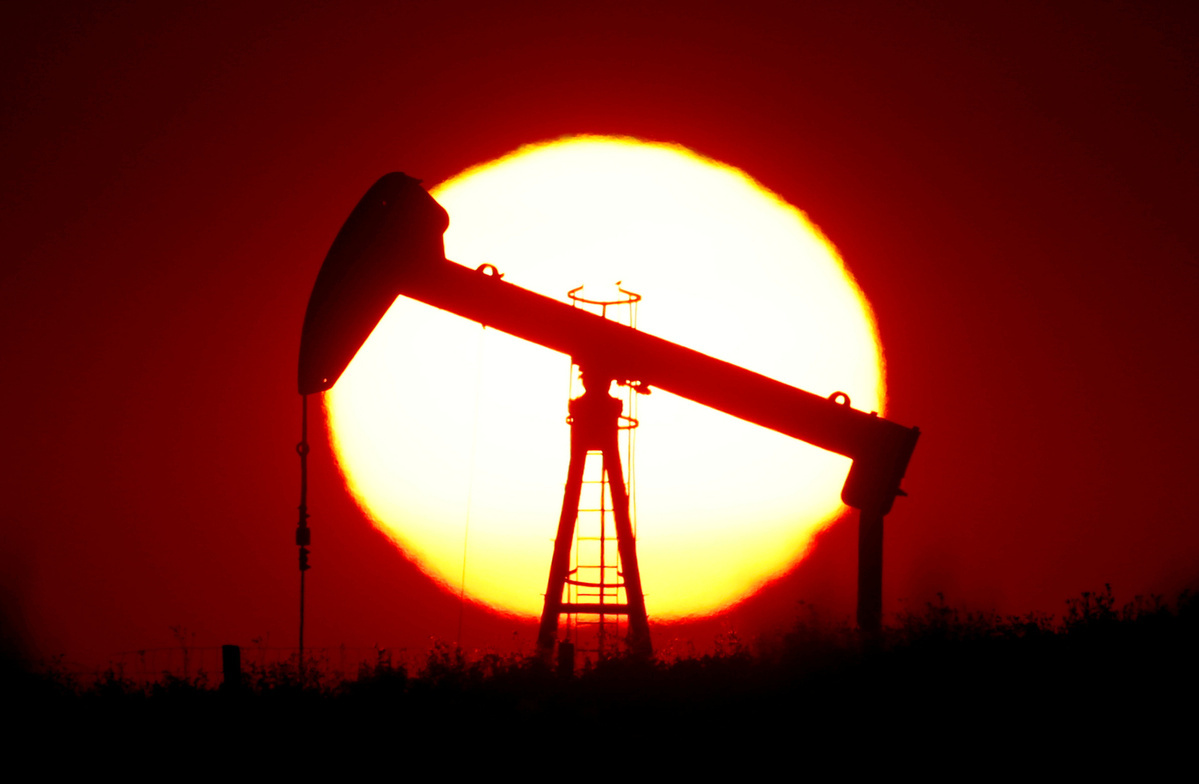 The sun sets behind an oil pump. [Photo/Agencies]

US crude oil inventories decreased by 4.4 million barrels during the week ending Sept 11, the US Energy Information Administration reported on Wednesday. Analysts polled by S&P Global Platts had forecast a decline of 1.8 million barrels.

Prices also found support from production reductions in the Gulf of Mexico caused by Hurricane Sally.

Roughly 27.5 percent of current oil production in the Gulf of Mexico had been shut in because of the storm, along with approximately 29.7 percent of natural-gas production, according to estimates by the US Bureau of Safety and Environmental Enforcement on Wednesday.