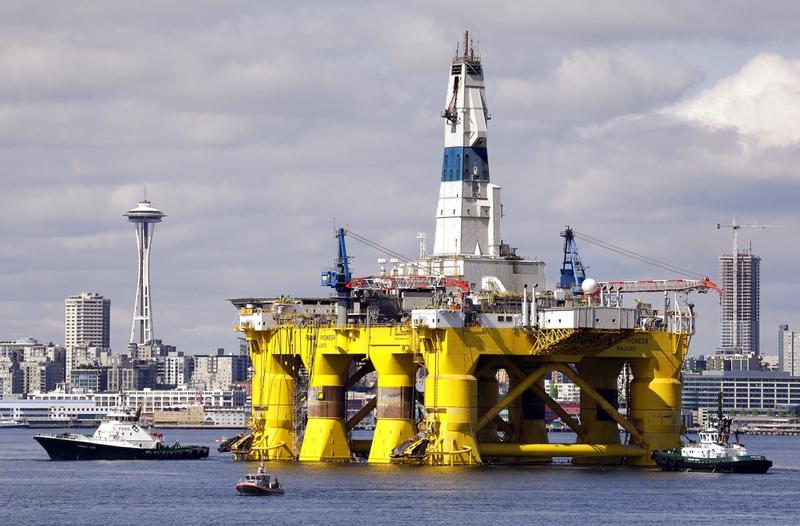 In this May 14, 2015 file photo, the oil drilling rig Polar Pioneer is towed toward a dock in Elliott Bay in Seattle. Sharply lower oil prices are sending ripples through the global economy, lending more spending power to consumers. (Photo: China Daily)

US stocks extended dramatic losses in intraday trading on Monday, as the Dow reached a trough and erased more than 500 points at its low. The sharp fall came on the heels of the steep losses last week.

Analysts cautioned that the stock market slump would turn to undermine oil market, as the negative status quo stoked fears of a slower-than-expected global economy and a worsening demand outlook.

Oil prices rebounded on Friday after OPEC and its allies including Russia agreed to cut oil production by a total of 1.2 million barrels per day. The reduction scheme came in face of US President Donald Trump's repeated calls for further declining prices.

Al-Falih said on Twitter that they also talked about "the Kingdom's efforts to develop technologies to reduce carbon emissions, energy efficiency and opportunities for technical cooperation between the two countries."