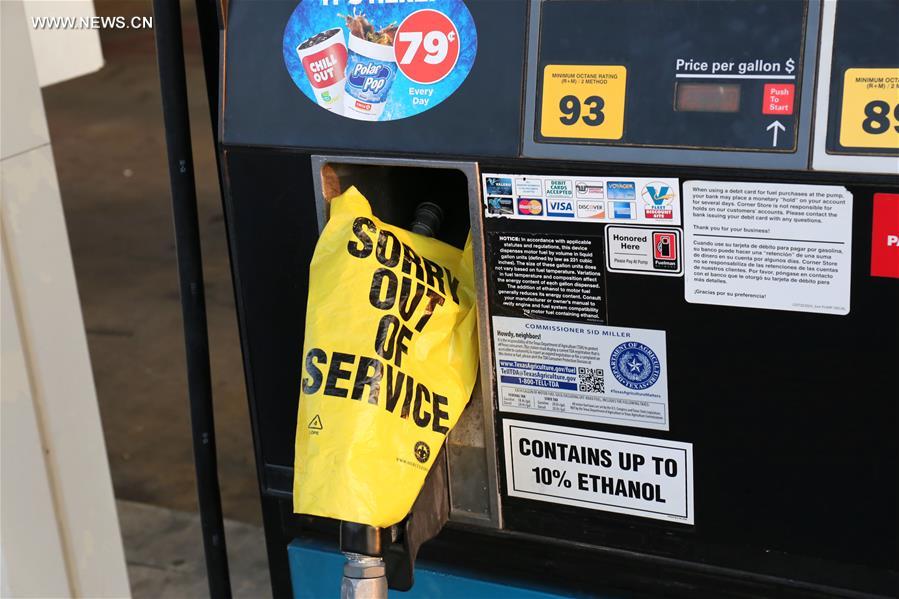 HOUSTON, Nov. 30 (Xinhua) -- Oil prices had been expected to extend a fourth weekly gain for the Thanksgiving week ending Nov. 29. However, after diving on Black Friday, oil prices finished the week lower with the price of West Texas Intermediate (WTI) for January delivery down 4.50 percent and Brent crude oil for January down 2.44 percent.

WTI and Brent crude prices have increased 21.49 percent and 16.04 percent, respectively, so far this year, falling from their peak levels in April when the growth of WTI hit over 40 percent, and Brent crude over 30 percent.

On Monday and Tuesday, oil prices steadied on signs of progress in trade talks between the United States and China and estimates of retreat in U.S. crude inventories for the first time in five weeks. Both WTI and Brent crude advanced 0.64 dollar and 0.88 dollar, respectively.

There was no settlement Thursday due to the U.S. Thanksgiving holiday, and oil seemed to head for a fourth weekly gain, the longest winning streak since April, before a key OPEC+ meeting next week that will set the path for future production cuts.

Oil prices plunged on Friday on rumors that OPEC's leading members hesitated to deepen output cuts as everyone is waiting for OPEC's big meeting next week. The Black Friday saw WTI and Brent crude lost 5.06 percent and 2.54 percent, respectively.

Oil prices have kept gaining momentum since the start of the year due to some geopolitical concerns and the OPEC's decision of production cut. However, the momentum has slowed down, mainly because of the concerns over downturn in demand for crude oil.

The slowing global economy continued to be a major headwind for crude oil. The slower economic growth of the world will lead to less demand for oil, which in turn would put downward pressure on oil prices.

Moreover, a rising U.S. dollar in the past months has dragged down the greenback-denominated crude futures as the U.S. Dollar Index has been keeping uptrend since mid-2018. The dollar index for the Thanksgiving week failed to break above the critical 98.50 resistance after hitting fresh November highs.

For the coming week, the investors will continue to pay close attention to clues concerning market demand and global trade, while the U.S.-China trade negotiations continue to drive market sentiment.