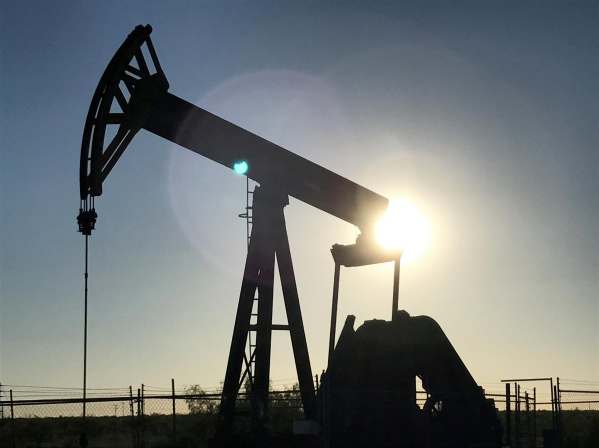 Both Brent and U.S. crude were on track for a weekly percentage gain.

Trump said he was prepared to meet Kim in what would be the first face-to-face encounter between leaders from the two countries and could mark a breakthrough in a standoff over the North’s nuclear weapons. Kim also has committed to suspending further nuclear or missile tests. [MKTS/GLOB]

Also bullish for oil prices, Libya’s 70,000 barrels per day El Feel oilfield stayed shut despite the Petroleum Facilities Guard saying it had reached a deal to reopen it, according to a field engineer and local mediator.

Despite Friday’s gains, some analysts are maintaining a bearish view on the oil sector.

“While this strong connect between oil and the macro is expected to continue, we are also seeing an increasingly bearish tilt to our short-term fundamental model,” Jim Ritterbusch, president of energy advisory firm Ritterbusch & Associates, said in a note.

“With the EIA’s estimated weekly production showing renewed upside acceleration, a record production is coming closer to offsetting this year’s demand that has generally been stronger than expected.”

The EIA said on Tuesday it expects U.S. crude output in the fourth quarter of 2018 to reach an average of 11.17 million bpd, up from the previous forecast a month ago of 11.04 million bpd.

This would make it a bigger producer than Russia, now ranked No. 1.

“Sometimes you’re going to have week-to-week variations which are going to be negative, but I wouldn’t take too much from any single week,” said Stewart Glickman, an energy analyst at CFRA Research in New York.

“The bigger thing is that the three-month average is definitely moving higher.”