NEW YORK, July 10 (Xinhua) -- Oil prices jumped on Wednesday as a larger-than-expected decline in U.S. crude stockpiles and a potential tropical cyclone in the Gulf of Mexico added to concerns over tightening market. 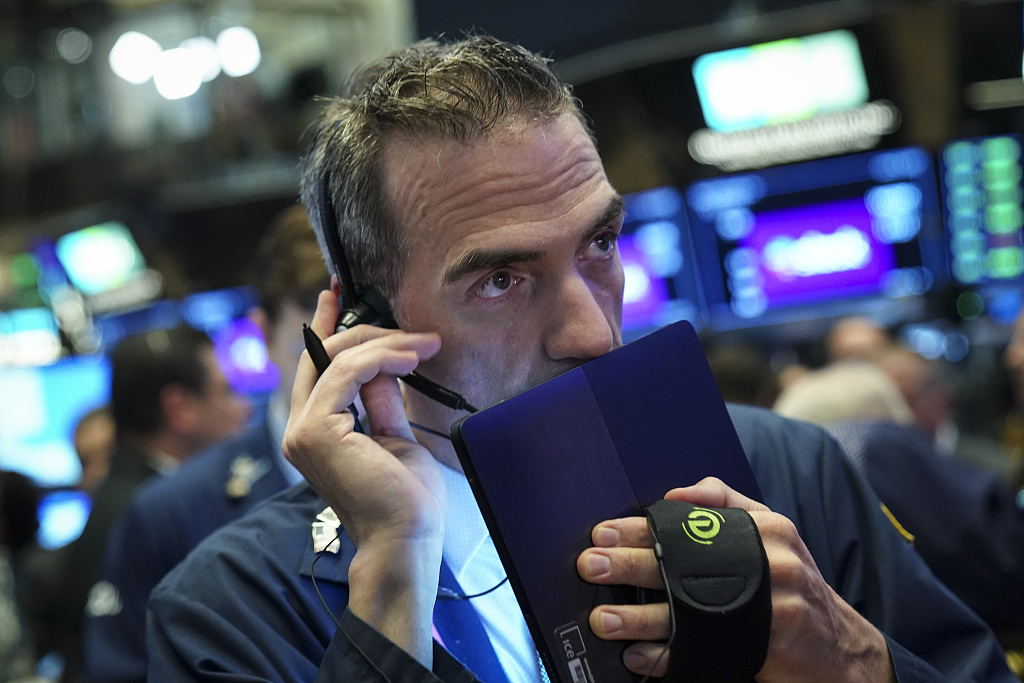 U.S. oil futures for August delivery finished 4.5 percent higher at 60.43 dollars a barrel, notching a seven-week high, according to Refinitiv.

The international benchmark Brent crude for September delivery gained 2.85 dollars, or 4.4 percent, to close at 67.01 dollars a barrel on the London ICE Futures Exchange, the highest finish since May 29.

On the equities market, the energy sector closed up 1.4 percent, outpacing the rest of the 11 primary S&P 500 groups.

Disappointing U.S. crude inventories and the looming storm in the Gulf of Mexico which may disrupt oil production, among others, contributed to the upswing, experts noted.

According to the Weekly Petroleum Status Report, U.S. commercial crude oil inventories, excluding those in the Strategic Petroleum Reserve, decreased by 9.5 million barrels from the previous week to 459.0 million barrels. Analysts at IHS Markit had expected a weekly drop of 2.1 million barrels.

The market was also bolstered by the news that a tropical cyclone is likely later this week in the Gulf of Mexico, raising concerns over potential disruptions to oil and natural gas production in the region.

The National Hurricane Center predicts that a tropical storm is expected to form in the Gulf of Mexico by Thursday and strengthen to a hurricane by the weekend.

Many oil firms began evacuating and halting production in the region after the weather forecasts.

As of Wednesday morning, nearly 32 percent of oil production in the Gulf of Mexico and about 17 percent of natural-gas production were shut in as a precaution, according to the U.S. Bureau of Safety and Environmental Enforcement.

Statistics show that the Gulf of Mexico is home to 17 percent of U.S. crude oil output and 5 percent of natural gas.

Meanwhile, growing tensions in the Middle East have also provided a floor for prices.

Iran announced on Monday that it has raised the concentration of its enriched uranium to 4.5 percent, crossing the limit of 3.67 percent set by the landmark 2015 nuclear deal.

U.S. Vice President Mike Pence said later in the day that his country will continue to pile up economic pressure on Iran and defend U.S. interests as Tehran went one step further to endanger the nuclear deal.

France, Germany, Britain and the EU High Representative on Tuesday expressed "deep concerns" over Iran's fresh move to raise the concentration of its enriched uranium beyond agreed limits, calling for an urgent meeting of a joint commission on the issue.

A year after the U.S. unilateral exit from the nuclear deal, Iran withdrew from part of the nuclear deal on May 8 and threatened more actions in case its interests under the pact cannot be guaranteed.

"Energy prices were stuck in a tug-of-war between slowing economic growth concerns and risks of supply disruptions in the Middle East," ANZ Research analysts said in a note to clients.