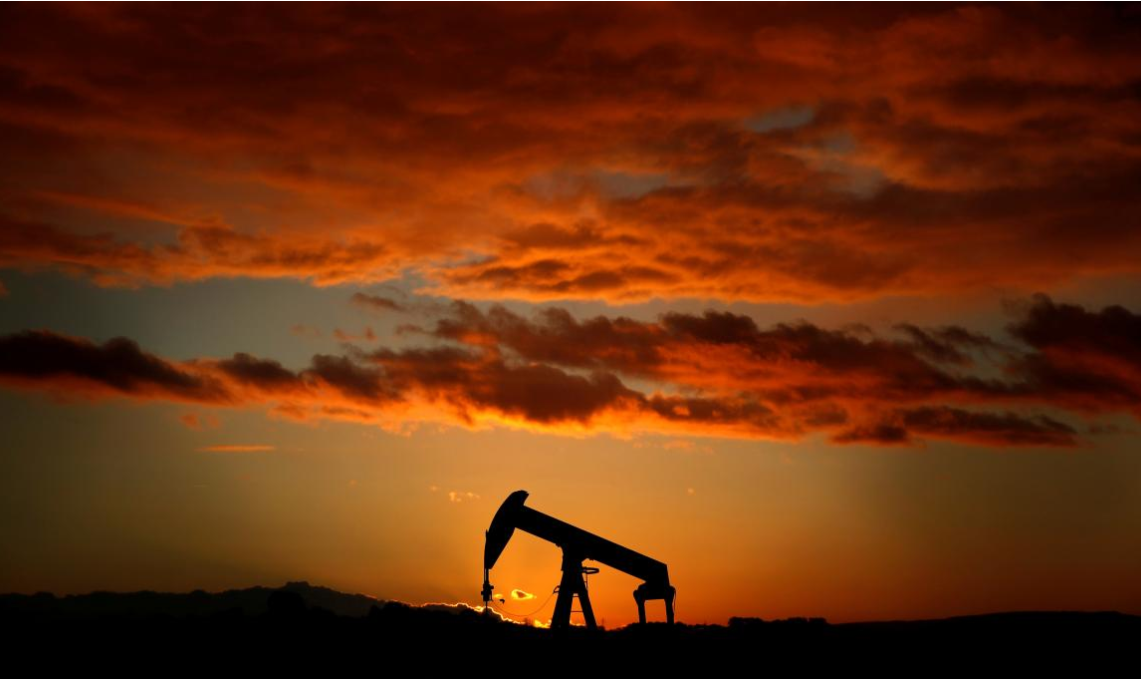 An oil pump jack is seen at sunset in a field outside Scheibenhard, near Strasbourg, France, October 6, 2017. Photo: Reuters/Christian Hartmann

“Refiners continue to process significantly more crude oil than they have in the past, resulting in higher production of gasoline which is leading to higher product inventories,” said Andrew Lipow, president of Lipow Oil Associates in Houston.

The market bounced around earlier, losing ground after stronger-than-expected US inflation figures that boosted the dollar .DXY. The dollar reversed course, and was down 0.6 percent in the early afternoon. [USD/]

Oil tends to move in the opposite direction of the dollar, and has been trading in tandem with risk assets like stocks of late.

However, the market recovered after the Saudi oil minister said the Organization of the Petroleum Exporting Countries would rather leave the oil market slightly short of supplies rather than ending too early a deal on cutting output.

OPEC and its partners, including Russia, have curbed supply since January 2017 in a bid to drain global inventories in an agreement that continues through the end of the year. There has been concern about that deal’s efficacy due to the sharper-than-expected increase in US production.

The International Energy Agency on Tuesday raised its forecast for 2018 demand growth by 100,000 bpd to 1.4 million bpd, but said the rapid increase in global supply, particularly in the United States, could overtake consumption.

US production rose to 10.27 million bpd last week, EIA data showed, which, if confirmed by monthly data, would represent an all-time record for US output.

“The rising profile of the country’s oil production remains the predominant bearish factor for oil prices, and the trend is being closely watched by countries participating in the OPEC-led output cut agreement,” said Abhishek Kumar, senior energy analyst at Interfax Energy’s Global Gas Analytics in London.

The physical markets are reflecting this concern. Prices for barrels of crude from the North Sea, Russia, the United States and Middle East have dropped to multi-month lows.