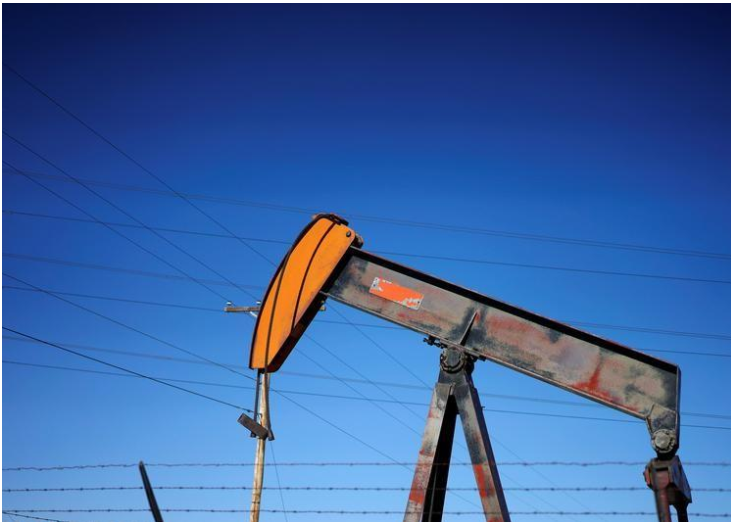 An oil well pump jack is seen at an oil field supply yard near Denver, Colorado, US, February 2, 2015. (Photo: Reuters)

Global benchmark Brent crude turned positive in volatile trade on Monday as it jockeyed between downward pressure after Iran dashed hopes that OPEC would extend its production cap pact and support on fears that US sanctions could dampen Iran’s output.

“It’s tweet by tweet,” said Phil Flynn, analyst at Price Futures Group, saying the market is swinging in response to posturing from the US and OPEC members.

The market plunged earlier on fears that oversupply could return. Iran’s oil minister Bijan Zanganeh said there would be no need to extend a pact between the Organization of the Petroleum Exporting Countries and non-OPEC producers if oil prices strengthened, the ministry’s official website SHANA reported.

After reacting in fear, Flynn said the market recovered on conviction that US sanctions could dampen Iran’s output, even if the nation produces above its OPEC quota.

The market also found support in US data from energy information provider Genscape, which showed a decline in inventories at the Cushing, Oklahoma storage hub.

Since early 2017, OPEC, Russia and other non-OPEC crude producers have curbed output with the aim of eliminating a global oil glut. The pact runs until the end of 2018.

“We continue to watch whether the fundamental picture continues to tighten,” said Gene McGillian, vice president of research at Tradition Energy.

Oil has risen to its highest since late 2014 this month in part too because of nervousness over a decision President Donald Trump must take on whether to restore US economic sanctions on Iran.

He was referring to the support to oil prices from US sanctions on Russian companies and individuals, as well as on potential new measures against struggling Venezuela and especially OPEC member Iran.

The United States has until May 12 to decide whether it will leave a nuclear deal with Iran and impose new sanctions against Tehran, including potentially on its oil exports, which would further tighten global supplies.

“The uncertainty of the administration makes things very difficult,” McGillian said, cautioning that sanctions against Iran or Venezuela could also cause market swings.