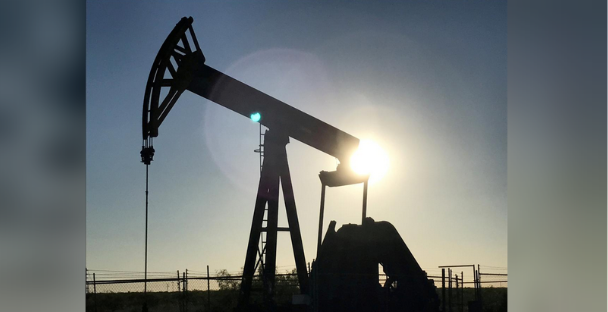 FILE PHOTO: An oil pump is seen operating in the Permian Basin near Midland, Texas, U.S. on May 3, 2017. Picture taken May 3, 2017. REUTERS/Ernest Scheyder/File Photo

Oil prices slid more than 3 percent on Friday as U.S. futures fell below $60 a barrel for the first time since December on renewed concerns about rising crude supplies.

U.S. and Brent crude futures have slid more than 11 percent from this year’s peak in late January. Brent fell nearly 9 percent for the week while U.S. crude dropped 10 percent, the steepest weekly declines since January 2016.

Futures posted a sixth straight day of losses, wiping away the year’s gains in a string of high-volume trading sessions, pressured by stronger-than-expected supply figures and a surprising ramp-up of the North Sea Forties Pipeline, which shut earlier in the week.

Turmoil on Wall Street also pressured crude. During the trading session, the S&P 500 stock index .SPX fell to its lowest level since Oct. 5. [.N] The S&P recovered to end the day higher, which helped oil bounce off session lows.

The market has been pressured by the weak stock market. Also, oil is inversely correlated with the dollar, which has strengthened as equities markets slid.

Crude volumes in the North Sea Forties pipeline continued to ramp up faster than expected following a restart, a trade source told Reuters.

The news that the line will reach full rates over the weekend intensified oversupply worries, said Gene McGillian, director of market research at Tradition Energy in Stamford, Connecticut.

Investors were already worried that rising U.S. crude production will overwhelm efforts by OPEC and other producing nations to cut supply. U.S. output rose to 10.25 million bpd in the most recent weekly figures, which if confirmed would represent a record. The Baker Hughes figures should mean still more supply in coming months.

(For a graphic on U.S. shale and record oil production, click here:tmsnrt.rs/2EtJgen)

On Thursday, OPEC member Iran announced plans to boost production within the next four years by at least 700,000 barrels a day.

“We think that surging supply and slowing demand growth will tip the market back into a surplus this year,” analysts at Capital Economics said in a note.