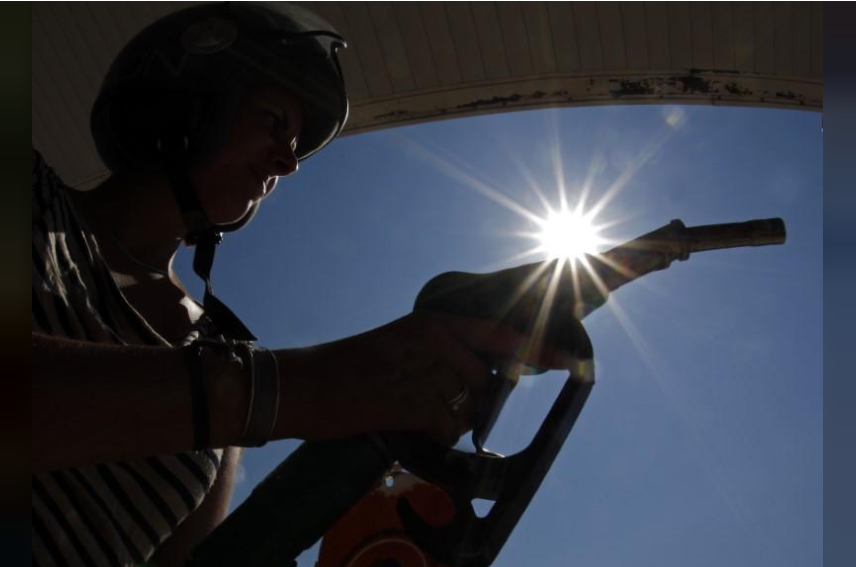 A customer uses a petrol nozzle in a gas station in Nice August 8, 2012. REUTERS/Eric Gaillard

Oil prices surged to their highest since July 2015 on Monday as Saudi Arabia’s crown prince cemented his power with a crackdown on corruption, while shares worldwide were little changed and key currencies stayed in tight ranges.

U.S. crude CLc1 broke above $56 a barrel for the first time in more than two years as Mohammed bin Salman’s clampdown on graft led to arrests of royals, ministers and investors, including prominent billionaire investor Alwaleed bin Talal. Brent crude futures LCOc1 were trading about 3.5 percent higher at $64.23 a barrel by 4:30 p.m. ET.

Prince Mohammed’s reforms include a plan to list parts of state-owned oil company Saudi Aramco next year, with higher oil prices seen as beneficial for the market capitalization of the future listed company.

Sentiment toward the U.S. dollar was positive, with leveraged funds paring bearish bets to be net long for the first time since late July.

“There is some ongoing adjustment in market expectations on the dollar’s outlook on the progress of the U.S. tax bill and on the ongoing Saudi situation but market moves have been in narrow ranges,” said Alberto Gallo, head of macro strategies at Algebris Investments in London.

All three major U.S. equity indexes closed at record highs, with investors focused on what could be the biggest merger ever in the technology sector.

The U.S. dollar was little changed after investors took profits on its best weekly performance this year, with wariness about the status of the U.S. economy and tax reform plans setting the tone.

Facing pockets of discontent in their own Republican ranks, tax negotiators in the U.S. House of Representatives will seek to bridge differences over their far-reaching tax bill and stick to a self-imposed deadline of passage this month.

An investor looks at an electronic screen at a brokerage house in Hangzhou, Zhejiang province, January 26, 2016. REUTERS/China Daily

The spread between two-year and 10-year U.S. Treasury yields was the narrowest in more than a decade as sluggish domestic inflation underpinned demand for longer-maturity government bonds. US2YT=TWEB US10YT=TWEB

Benchmark 10-year Treasury notes US10YT=RR were last up 7/32 in price to yield 2.3181 percent, from 2.343 percent late on Friday. The Federal Reserve confirmed on Monday that William Dudley, one of the most influential monetary policymakers throughout the 2008 financial crisis and its aftermath, expects to retire by mid-2018, leaving the leadership of the U.S. central bank unusually wide open.