According to a recent survey, over 20 percent of people in China think digital payments will replace cash transactions in the future, as mobile payment platforms like Alipay and WeChat Pay increasingly replace the use of notes and coins in daily life. 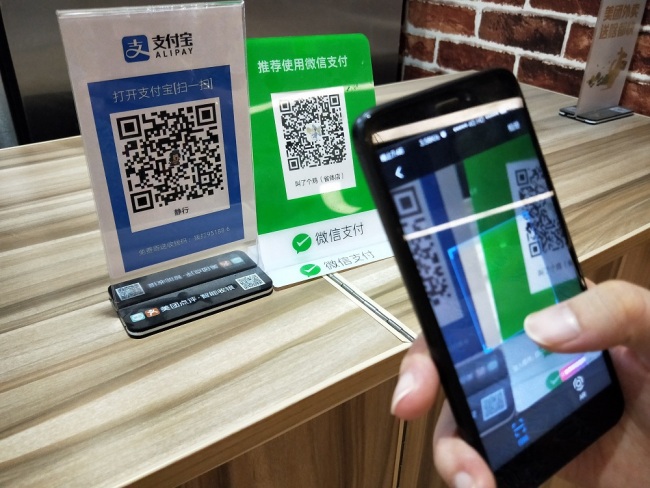 A customer scans a QR code at a shop. (Photos: VCG)

The survey by the China Payment and Clearing Association found that nearly 90 percent of people used QR code payment apps in 2018. The survey also found that when it comes to paying for public transport, two out of every five people will scan a QR code to pay for their ride, while one-third use a NFC payment system and 20 percent use an IC card.

But while nearly everyone is going cashless when it comes to taking public transport, the survey suggests that cash is still king when it comes to paying for some public services, including hospitals, expressway toll roads, and parking.

Although mobile payment apps are increasingly popular in China, many users are worried about their security. The survey found that more than 80 percent of people are afraid that their personal information might leak, 70 percent worry they'll accidentally scan a fraudulent QR code, and 67 percent think payment codes can be unreliable.

The survey also revealed that around half of the people in China continue to use both digital payments and cash.