A growing number of Chinese online gaming companies are expanding globally, as gaming regulators have tightened their grip on the local market, which is reaching saturation point. 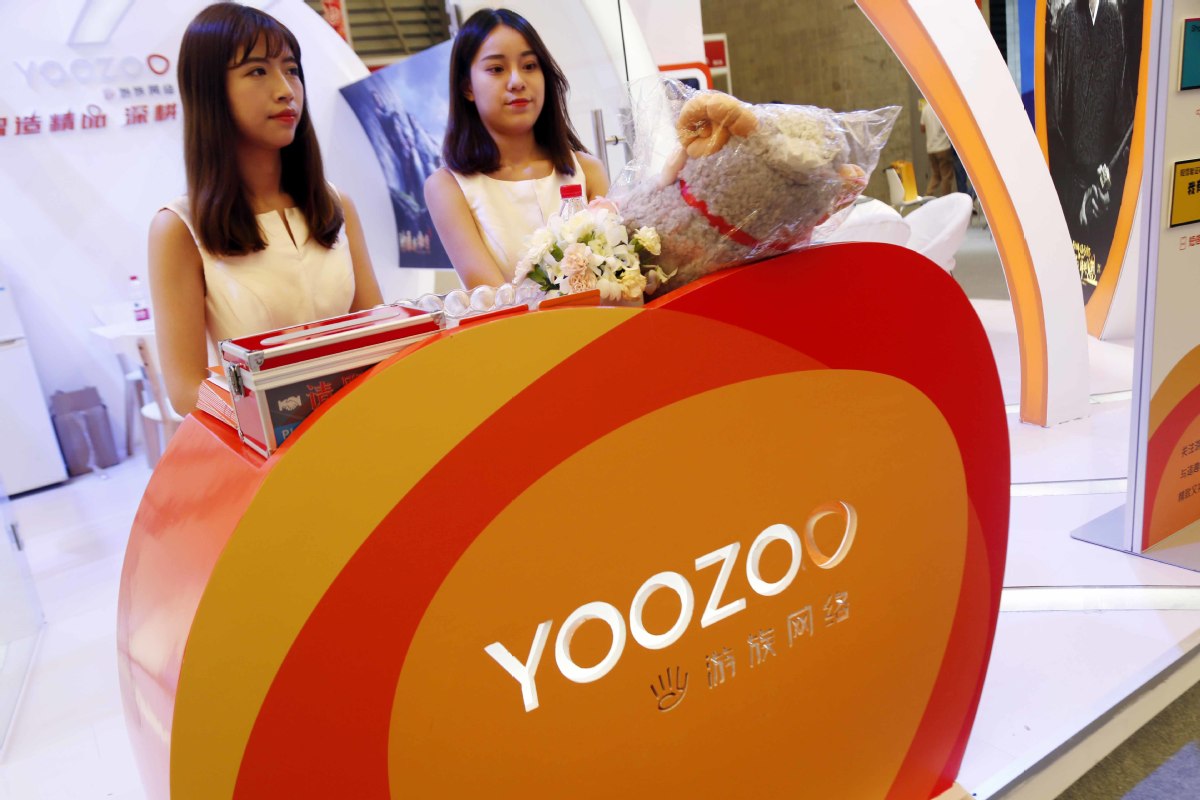 Employees of Yoozoo Games Co Ltd stand at the company's booth during a games exhibition in Shanghai. (Photo: China Daily)

"It is a growing trend that more Chinese companies are seeking opportunities globally," said Feng Bo, an internet industry solution expert at Tencent Cloud. "Domestic players face stiff competition in the market. And they need to confront various challenges, such as tight regulation controls and the declining demographic dividend."

According to the Global Games Market report, released by gaming analytics company Newzoo in June, the nine-month freeze on game licenses, which ended last December, has heavily impacted China, and thus the Asia-Pacific is no longer the fastest-growing region. Latin America is now the fastest-growing games market in the world, with a compound annual growth rate of 10.4 percent.

According to the report, mobile gaming remains the largest segment in 2019, producing revenue of $68.5 billion－45 percent of the global games market. And the growth in mobile game revenue will continue to outpace PC and console revenue growth in the coming years.

China's gaming industry is suffering its slowest revenue growth in a decade. The domestic gaming market grew by 5.3 percent year-on-year to 214.44 billion yuan ($31.22 billion) in 2018, compared to a 23 percent increase in 2017, according to statistics from Chinese gaming database Gamma Data Corp.

To tap the fast-growing gaming markets internationally, an increasing number of gaming firms are already introducing games targeting overseas regions, and many have been reaping the rewards.

Legacy of Discord－Furious Wings, a Chinese fantasy-themed mobile game, has attracted a huge following globally, as it has gained leading spots in the sales rankings of 57 countries and regions.

"The competition is getting fiercer in overseas markets," said Liu Wanqin, Yoozoo's overseas distribution vice-president. "The challenge with overseas expansion is mainly how to deal with cultural differences and how to communicate with the game players. Thus we need to have a full understanding of both Chinese culture and the culture of specific overseas markets, which will help improve the creativity and technical levels of the games and produce high-quality content."

Liu said Yoozoo aims to be a leading gaming firm with a sense of globalization and strong international competitiveness.

Attaining nearly 1 billion registered users worldwide, Yoozoo has established a global distribution network covering more than 200 countries and regions. The company said it will continue to develop in regions where it has already gained an edge, such as North America, Europe, Southeast Asia and South Asia. And it will further expand globally, especially in South Korea, Japan and the Middle East.

Yoozoo gained the 11th spot in App Annie's Top 52 Publishers List of 2018 by earnings. The company reported its revenues surged by 10.68 percent year-on-year to 3.58 billion yuan in 2018, more than half of which was gained from overseas markets.

The US topped all other countries and regions in terms of the largest source of overseas income, followed by Japan and South Korea.

"While the domestic gaming market witnessed slow growth in 2018, Chinese gaming firms have earned a lot in fast-growing overseas markets," said Ren Ning, customer director at App Annie China region. "A growing number of Chinese gaming firms are expanding globally, and the trend will continue this year. As users' habits and tastes differ from country to country, Chinese gaming firms can always find a suitable place to launch their games and expand their business, giving them an equal shot to go global."