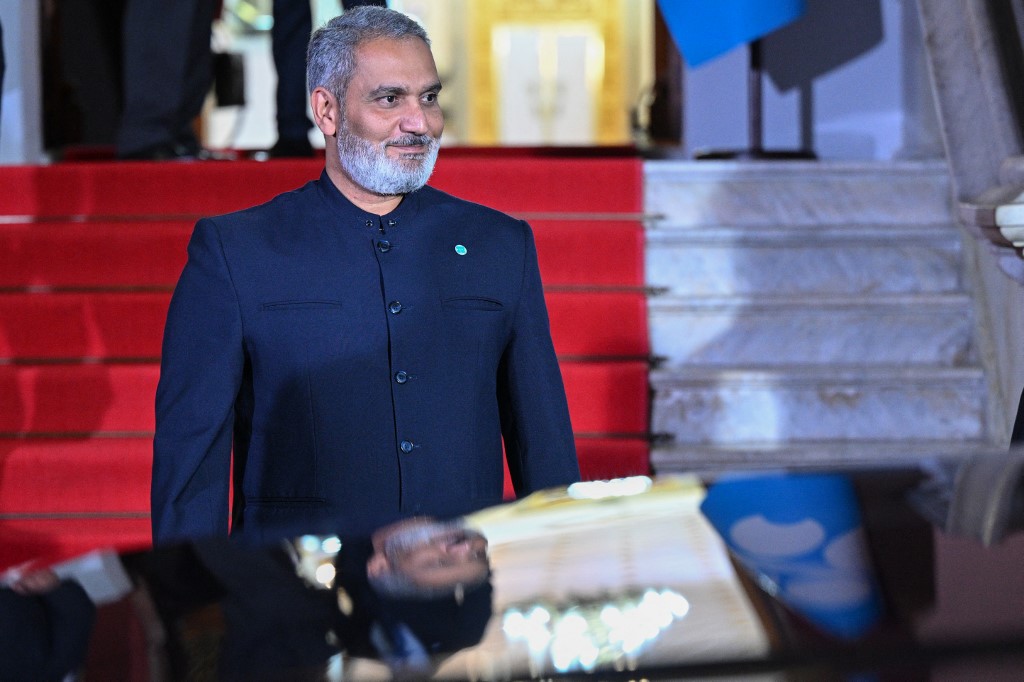 The Secretary General of the Organization of the Petroleum Exporting Countries (OPEC), Kuwaiti Haitham al-Ghais, leaves after a meeting with Venezuela's President Nicolas Maduro at the Miraflores presidential palace in Caracas, on September 14, 2022. (Photo: AFP)

CARACAS, Sept. 14 (Xinhua) -- The secretary general of the Organization of the Petroleum Exporting Countries (OPEC), Haitham Al-Ghais, on Wednesday said the bloc and its allies remain "alert" to any possible changes in the global oil and gas market during his visit to Venezuela.

The OPEC and non-OPEC Ministerial Meeting is "ready to convene as soon as needed to agree on any changes in market conditions, if necessary," Al-Ghais said.

There are signs that invite "optimism" in the market, he said, such as OPEC projections that the global economy will grow by 3.1 percent in 2022.

Recent geopolitical events in Europe and other parts of the world, however, have led to "restrictions" that are "extremely harmful to both producers and consumers," the OPEC chief said.

With that in mind, he said, Venezuela stands to play a "key role" in the future of global energy, given that it has the largest crude oil reserves in the world, estimated at about 300 billion barrels.

Venezuela's El Aissami thanked Al-Ghais for his visit and reaffirmed "all the necessary commitment and effort" on the part of Venezuela to continue supporting OPEC's strategic goals.

Even under the tough conditions sparked by the novel coronavirus pandemic, OPEC and its partners have been guarantors of "economic stability" and the stability of the crude oil market, said El Aissami.