OPEC cautious on oil outlook despite end of global glut 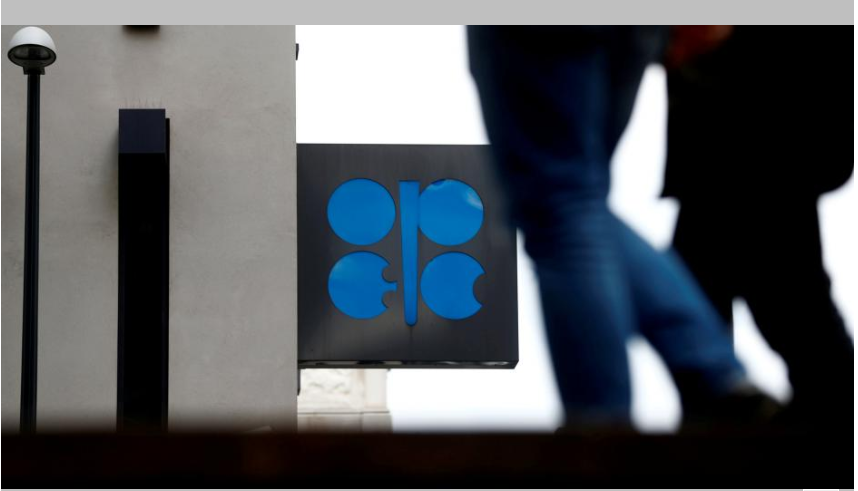 People walk past the logo of the Organization of the Petroleum Exporting Countries (OPEC) in front of its headquarters in Vienna, Austria September 21, 2017 (Photo: Reuters)

OPEC said the oil market outlook in the second half of 2018 is highly uncertain even though the producer group’s figures show a global glut has ended, suggesting talks next week on relaxing a supply cut deal won’t be straightforward.

OPEC, Russia and other non-OPEC producers have been cutting output since January 2017 to get rid of excess supply and boost prices. The deal’s goal was originally to reduce inventories in developed nations to that of the five-year average.

In a report on Tuesday, the Organization of the Petroleum Exporting Countries said those inventories in April fell to 26 million barrels below the five-year average. That’s down from 340 million barrels above the average in January 2017.

With oil LCOc1 hitting $80 a barrel this year, the highest since 2014, Saudi Arabia and Russia are discussing raising output. But Iran disagrees and Iraq has voiced restraint, pointing to a tough policy meeting on June 22-23 in Vienna.

OPEC in the report was cautious on the outlook for the rest of 2018, citing a faster-than-expected rise in non-OPEC oil production and the chances of global demand weakening.

“Recent developments in the oil market have led to pronounced uncertainty about the second half of the year,” OPEC said in the report.

“While oil demand in the U.S., China and India shows some upside potential, downside risks might limit this potential going forward.”

Oil LCOc1 pared an earlier decline after the report was released trading just above $76 a barrel.

While the main goal of the supply deal was to reduce oil stocks to the five-year average, ministers have said other metrics should be considered, also suggesting they are in no hurry to end supply cuts.

The report said OPEC members were still cutting much more than needed, even though output in May rose slightly and top exporter Saudi Arabia is boosting supply.

OPEC output climbed by 35,000 barrels per day to 31.87 million bpd, OPEC said, according to figures it collects from secondary sources. That is almost 900,000 bpd less than the amount OPEC says the world needs from the group this year.

Figures reported directly by OPEC members showed some bigger rises in production. Saudi Arabia told OPEC its output rose to 10.03 million bpd, up 161,000 bpd from April, although this is still below Riyadh’s OPEC target.

Venezuela, whose plunging output due to an economic crisis has helped boost OPEC compliance with the deal, told OPEC production rose by 28,000 bpd to 1.533 million bpd. April’s figure was the lowest in decades.

Strong demand due to a robust economy has helped remove the glut. OPEC left its global demand growth estimate this year unchanged at 1.65 million bpd and said oil use would surpass 100 million bpd for the first time during the fourth quarter.

But the higher prices that have followed the OPEC-led deal have prompted growth in rival supply and a flood of U.S. shale. OPEC expects non-OPEC supply to expand by 1.86 million bpd this year, about 130,000 bpd more than expected last month.

OPEC said there is a “wide forecast range” of 1.7 million bpd in estimates of the amount of crude the group needs to pump in the second half, meaning demand could be significantly more or less than members’ current output.

“This outlook for the second half of 2018 warrants close monitoring of the factors impacting both world oil demand and non-OPEC supply that will shape the outlook of the oil market going forward,” OPEC said.