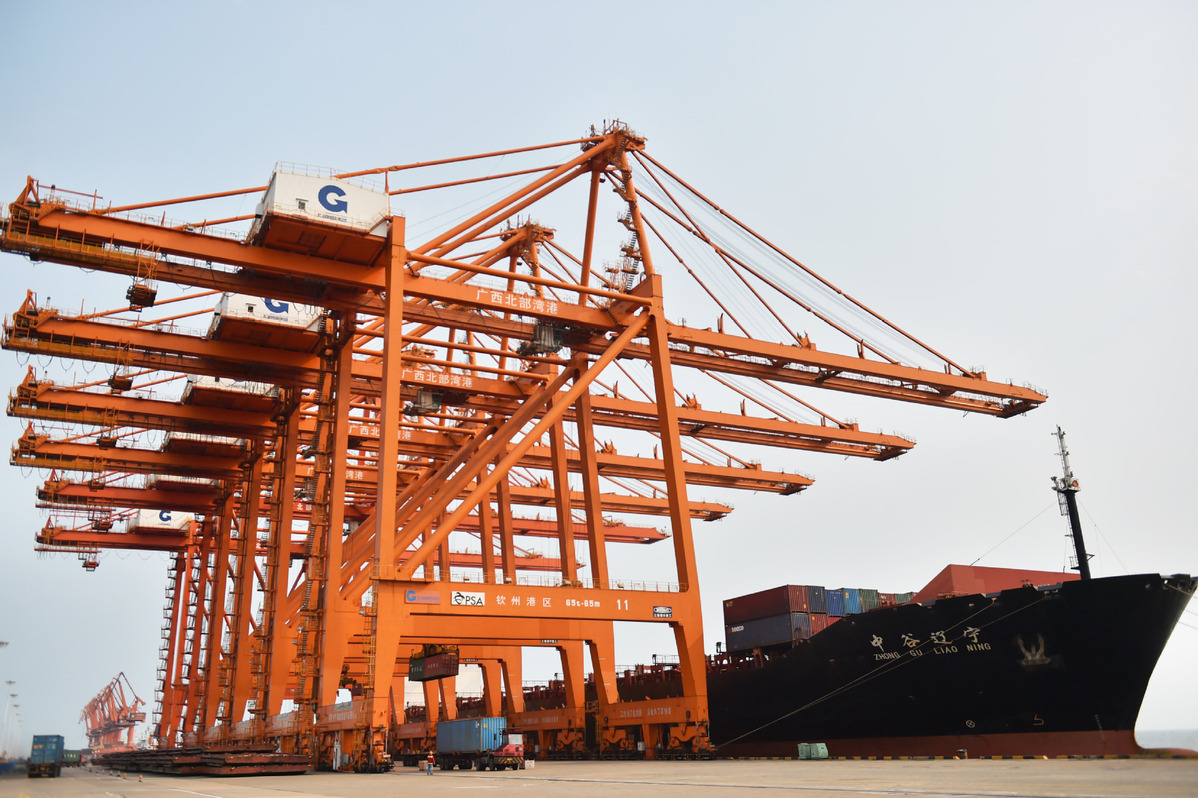 China's signaling of its interest in joining the Comprehensive and Progressive Agreement for Trans-Pacific Partnership indicates the strong resolve of its top leadership to deepen reform and pursue opening-up at a higher level, analysts said.

They also said the completion in principle on Wednesday of negotiations on a comprehensive agreement on investment between China and the European Union could mark a step closer toward China joining the CPTPP.

The country has expressed its open attitude to joining the free trade agreement, signed among 11 countries in the Asia-Pacific region in 2018, after having signed the Regional Comprehensive Economic Partnership with 14 participating nations in mid-November.

China's annual tone-setting Central Economic Work Conference in December stressed the need to actively consider CPTPP membership as part of efforts to move forward with reform and opening-up across the board.

President Xi Jinping also made a similar pledge at the 27th Asia-Pacific Economic Cooperation forum's Economic Leaders' Meeting, held via video link, on Nov 20. China's interest in joining the trade deal was announced as early as May, when Premier Li Keqiang held a news conference at the closing of the annual National People's Congress session.

Cui Fan, an international trade professor at the University of International Business and Economics in Beijing, said the conclusion of the China-EU investment deal negotiations could bring China a step closer to joining the CPTPP, as the deal with the EU covers provisions also emphasized by the CPTPP, including labor rights issues and State-owned enterprises' behavior.

"It showed that China has adopted a flexible stance on negotiations in those areas that adheres to market principles and a people-centered philosophy," he said.

He said CPTPP membership would match China's development interests, given China's rapid economic growth and its close economic and trade ties with Asia-Pacific economies, even though some provisions in the trade pact would pose some challenges during the accession process.

China's display of interest in the trade deal epitomizes its readiness to promote trade and investment liberalization and facilitation and economic globalization, he added.

"It will also help China maintain dialogue and consultation with its partners, build up consensus and work toward the establishment of a free trade area of the Asia-Pacific," he said.

Wang Huiyao, president of the Center for China and Globalization, a nongovernmental think tank based in Beijing, said the reaching of the China-EU investment deal will provide a strong impetus for China's accession to the CPTPP.

Joining the CPTPP would mean that China must adopt practices in keeping with international standards in government procurement, subsidies, the behavior of SOEs and labor, he said.

"China will raise its standards in multiple areas and conduct reform in a number of sectors that are not in line with international practices after the investment deal with the EU, which will help with China joining the CPTPP," he said.

China's enhanced intellectual property rights protection efforts in recent years, including the implementation of the Foreign Investment Law and the first phase of the US-China trade agreement, will lay a solid foundation, he said.

"If China joins the pact, that would be of similar importance, both to itself and to the world, as joining the World Trade Organization was almost 20 years ago," he said.

The State Council, China's Cabinet, held two executive meetings in November and December after the signing of the RCEP, laying out a number of domestic reform measures to implement arrangements outlined in the world's largest trade deal.

As part of efforts to implement the RCEP, China will further open up services sectors in research and development, consulting and management and services related to the manufacturing sector and senior care, and apply higher standards in intellectual property protection and e-commerce.

The statements made by China's leadership about joining the CPTPP are an indicator of the firm resolve of the country to deepen reform and take opening-up forward, said Su Qingyi, a researcher on world economics and politics at the Chinese Academy of Social Sciences.

"The joining of the CPTPP, just like the RCEP, will further spur domestic reform and open the country wider to foreign investment. It will also enable the nation to set its sights on global standards in areas such as goods, services and investment and narrow the gaps," he said.

He said the CPTPP could be the free-trade pact with the highest standards in the next 15 to 20 years, and most of its rules are in keeping with the direction of China's reform and opening-up.

"In the long term, China should regard CPTPP membership as a policy priority," he said.

Liu Ying, a researcher with the Chongyang Institute for Financial Studies at Renmin University of China, said joining the CPTPP would be an important step in fostering a new development paradigm in which the domestic market is the mainstay and the domestic and international markets reinforce each other.r.

Since the CPTPP covers a patchwork of provisions, the country must move forward with across-the-board reform of SOEs and strive to adapt to multilateral trading rule frameworks, she said.

A report released by the World Bank on Dec 23 also highlighted the significance for China of joining the CPTPP, saying that the move "could provide an anchor for additional reforms, as China's WTO accession did almost 20 years ago".