Opening-up is the only way out for A-share market

According to data from the China Securities Regulatory Commission, the number of accepted cases for China Depository Receipts (CDR) and Initial Public Offerings (IPO) totaled 307 as of June 21. In contrast, the number of firms under review reached as high as 665 in 2016. The difference of nearly 400 reflects that the IPO traffic jam has been alleviated. 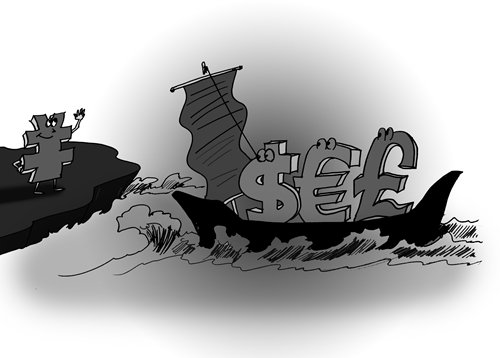 There are still a decent number of companies lining up for IPO approval, which means more companies vying for capital on China's stock market. Domestic capital alone will not be able to meet the financing demands of so many companies.

Considering more companies will go through the IPO process in the future, speeding up IPO application processing will require continuous market reform and opening-up to eventually turn the equity market in China into an open and solid one.

The Shanghai and Shenzhen stock markets, which have around 3,500 companies listed, plunged on June 18 and have shown no signs of revival yet.

The stock markets in the US and even Hong Kong, which have many companies listed, have had better performance due to cross-border listing. Renaissance Capital reckoned that as of June 13, IPOs raised $22.8 billion this year in the US, ranking first in the world. The number was $3.3 billion for Hong Kong, where cross-border listing has played a crucial role. So far this year, overseas listings have financed $16.6 billion worldwide, a 15-percent increase in terms of capital volume and an 18-percent increase in terms of transactions compared to last year. In the first half of this year, the US has been the IPO destination for 13 Chinese companies. Hong Kong, which had 18 mainland companies conduct IPOs, has continued to become the most favorable IPO destination for mainland companies.

A more open capital market will be able to attract foreign capital to invest in the domestic market. International capital will bring a number of benefits. One is its ability to enrich the domestic equity market and help it reach a deeper level. But the current equity market in China still has room to become more open and inclusive. The A share stocks held by foreign capital accounted for less than 2 percent of the total A share market value. After five years of efforts, 226 A share stocks finally joined the MSCI emerging market index on June 1. The process has two steps. First, 226 A share stocks were given a 2.5 percent inclusion factor, representing an aggregated weight of 0.39 percent of the emerging market index. In the next step, these ratios will increase to 5 percent and 0.73 percent, respectively. Apparently, China's huge GDP is still mismatched with Chinese stocks' weight in the MSCI.

The bond market is a similar story. Foreign capital holds 6 percent of domestic bonds. It is significantly lower than the 30 percent for the US and Japan's 11 percent. According to an estimate from Goldman Sachs, as opening-up continues, the Chinese bond market will increase to 146 trillion yuan ($21.93 trillion), which is double the current size. Twenty-two percent of domestic bonds are expected to be held by foreign investors by 2020.

Eliminating retail investors is necessary for the market's development. Many retail investors will not be able to conduct fundamental analysis, and their investment is less likely to be based on companies' value, limiting returns.

For the stock market to become more internationalized, it will have to accelerate the process of shrinking down the size of the retail investor group and create a better investment structure for A shares. The market probably will be more volatile due to the amplified influence of the international market. Compared with retail investors, cornerstone investors will have better opportunities to thrive for higher returns with their advantages in experience, talent and the amount of capital.

This article was compiled based on a report by Beijing-based private strategic think tank Anbound.