BUSINESS Opening-up to stay firmly on the agenda

Opening-up to stay firmly on the agenda 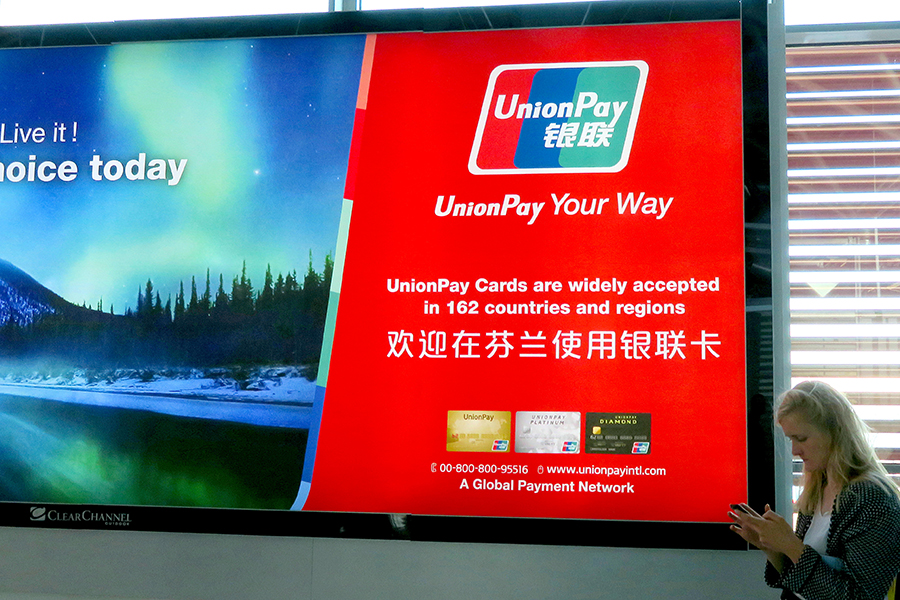 A passenger walks past an advertisement for UnionPay International (UPI), a subsidiary of China UnionPay, at Helsinki Airport, Finland. (Photo: China Daily)

The opening up policy will not be shaken despite the US government labeling China as a "currency manipulator", Pan Gongsheng, deputy governor of the People's Bank of China, the central bank, said in a statement.

"We will continue to enhance the flexibility of the renminbi exchange rate, in line with the market-oriented reforms," said Pan, who is also the director of the State Administration of Foreign Exchange.

"The foreign exchange market will gradually return to the fundamentals after absorbing short-term shocks," he added.

In a separate article published on the SAFE's official WeChat account on Monday, Pan confirmed that the country will continue to open up the bond market through increasing financial instruments and improving the trading mechanism, to satisfy the needs of global investors.

The bond exchange-traded fund (ETF) will be introduced, and limits on the repurchase transaction will be removed, said Pan in the article.

The Sino-US trade disputes are a new factor that the monetary authority should consider during the financial opening-up process, said Zhou Xiaochuan, chairman of the China Institute of Finance and former governor of the People's Bank of China.

At the China Finance 40 (CF40) Forum over the weekend in Yichun, Heilongjiang province, Zhou said China should attach great importance to expansion of the yuan's global usage, a key measure to defend disruptions from the US-controlled dollar-centered international reserve currency.

China's financial opening up is entering a new stage, while prominent distortions also appear in the global markets, such as distortion in global resource distribution brought by the "currency-based economic sanctions" against Russia, Iran and Venezuela, said Zhou, who warned that China should get prepared for long-term trade disputes.

China's further financial opening-up may be affected by the wait-and-see mood among global investors amid the China-US trade disputes, said some experts.

The US Treasury Department labeled China a "currency manipulator" on Aug 5, after Washington's threat to slap an additional 10 percent tariff on additional $300 billion worth of Chinese goods starting from Sept 1.

Analysts said that China did not manipulate its currency. A report, released by the International Monetary Fund on Friday after its annual Article IV consultation with China, which said the yuan's level is in line with the country's economic fundamentals, was also seen as supporting China's objection to being labeled a "currency manipulator".

Chen Yuan, chairman of the CF40 Executive Council and former vice-chairman of the National Committee of the Chinese People's Political Consultative Conference, suggested increasing yuan-denominated settlements in global commodity trade, a move to accelerate renminbi internationalization and reduce reliance on the dollar.

China should stick to the opening up policies, as the financial market still has great potential to attract global investors, with strong resilience in dealing with global economic uncertainties, Shang Fulin, former chairman of the China Banking Regulatory Commission, said at the forum.