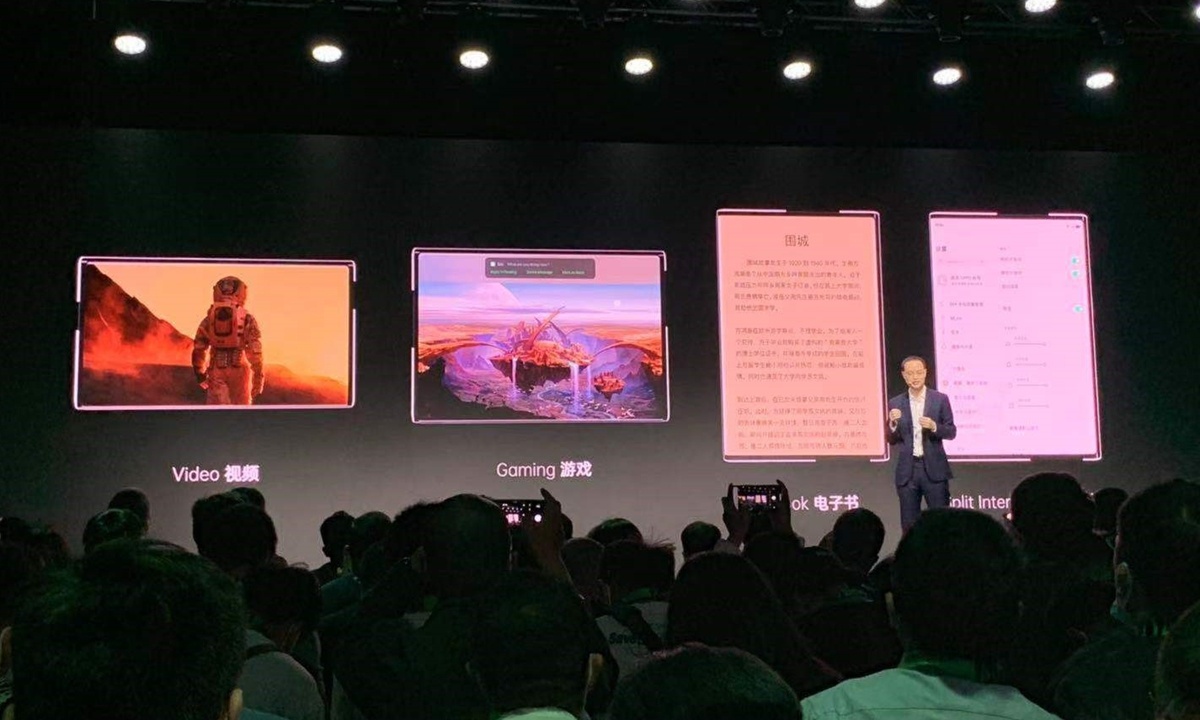 With a "continuously variable OLED display," the smartphone can be extended from 6.7 inches to 7.4 inches. Users can either push a side button or swipe up and down to make the phone change between different sizes. The software installed is also adaptable to different screen sizes. The handset features three of OPPO's proprietary technologies: a Roll Motor powertrain that powers the phone when changing size; a 2-in-1 Plate that provides support to the screen, whatever size it is; and a Warp Track high-strength screen laminate that boosts durability.

An Oppo employee told the Global Times that the smartphone could have its size changed over 100,000 times.

Oppo launched the new gadget at the Inno Day 2020 in Shenzhen, South China's Guangdong Province on Tuesday. The event is a yearly conference where Chinese tech firms show their latest innovations.

During the launch, Levin Liu, OPPO vice president and head of OPPO Research Institute, said that the extendable phone will give users an optimal experience based on their actual need.

"If you're watching a video or playing a game, you may prefer a larger size in landscape orientation. If you're reading e-books, you may opt for other sizes in the portrait orientation. The rollable phone also allows you to perform multiple tasks. For example, you could play games in one screen and when messages pop up, you can reply to them in a separate screen," Liu said.

According to Liu, the Oppo X 2021 smartphone is Oppo's latest vision of a smartphone for the future, after other vendors rolled out foldable smartphones. Oppo said earlier in a post on Twitter that the device will "usher in a new era for screens."

But it is not clear when the product will come to the market. Liu said that the phone is still in concept stage, but he hopes to bring this technology to consumers "at the right time."

Ahead of Oppo, other Chinese and foreign smartphone makers including TCL and LG launched similar rollable mobile phones this year. Analysts said that these early starters are now in a race to commercialize the technology.

Liu Dingding, a Beijing-based analyst, told the Global Times on Tuesday that while the concept phone sends an encouraging sign that Chinese tech firms are climbing up the tech ladder to be world-leading players, he is not very optimistic on the market prospects for the device.

"It is cutting-edge, but it won't be an affordable 'mainstream smartphone' in the short-term as the cost is extremely high and the technology is complicated. The product also needs to go through a tremendous improvement process before being mature enough to be put onto the market," Liu explained.