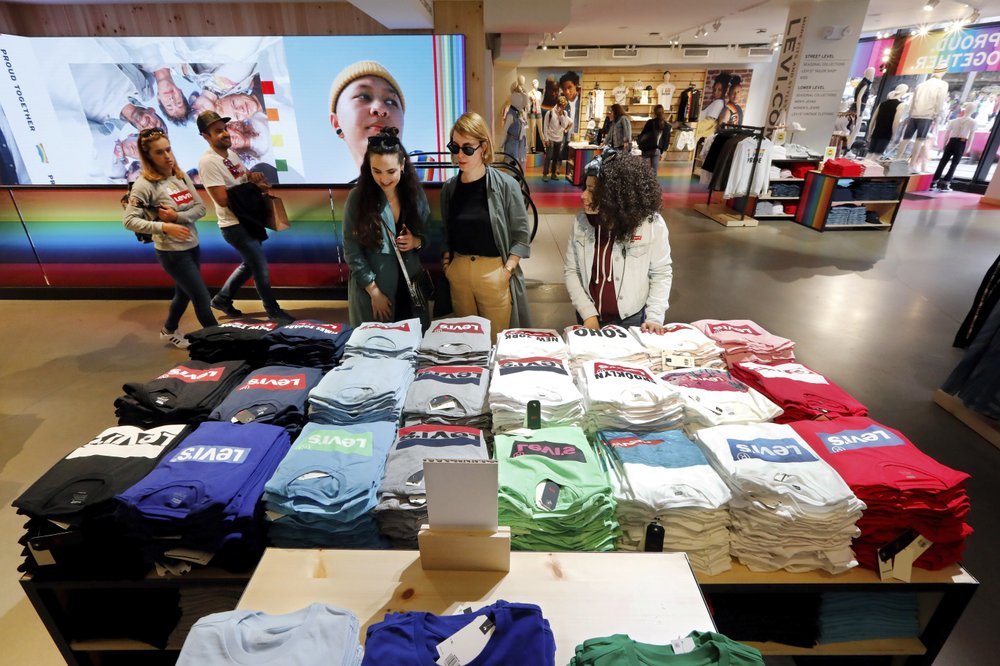 US consumer spending grew 0.6% in July, a healthy gain that suggests American shoppers are largely ignoring concerns about trade tensions and driving the economy forward.

The Commerce Department said Friday that personal incomes rose just 0.1%, the smallest gain in 10 months. With spending ahead of incomes, the savings rate fell to 7.7%, the lowest since last November, but still a solid figure by historical standards.

With trade fights discouraging business investment and cutting into exports, consumers are increasingly important to the US economy. Household spending was the principal driver of growth in the April-June quarter , when spending increased by the most in five years.

Consumers remain optimistic about the economy, but that could change. Consumer confidence was high in August, according to the Conference Board, a business research group, and Americans’ assessment of the current state of the economy was the most positive it has been in nearly 19 years.

Still, 15% tariffs on about $150 billion of consumer goods imported from China are scheduled to take effect Sept. 1. Duties will be imposed on another $150 billion Dec. 1. Those levies will likely raise prices for shoes, clothes, toys and electronics, and could weigh on spending.

Some economists boosted their forecast for growth in the July-September quarter because of the report. Morgan Stanley raised its estimate for third quarter growth to 2.1%, from 1.7%.

The inflation figures fell short of the Federal Reserve’s 2% target, as they have nearly continuously since the Fed set its target in 2012. The Fed targets a modest amount of inflation as a cushion against deflation, a destabilizing drop in prices and incomes.

Even though incomes grew at an anemic pace in July, that follows a string of healthy gains this year that have helped fuel Americans’ ability to spend. In July, wages and salaries grew more slowly than in recent months and income from interest payments fell sharply. Wages and salaries paid by manufacturing firms also dropped.

Incomes have outpaced spending in the past year, Boussour noted, growing 3%, compared with a 2.7% increase in spending.

Consumers are keeping the economy afloat but growth has still slowed this year, to a 2% annual pace in the second quarter from 3.1% in the first three months of the year.