BUSINESS Orders for LNG carriers surge on back of demand

Orders for LNG carriers surge on back of demand 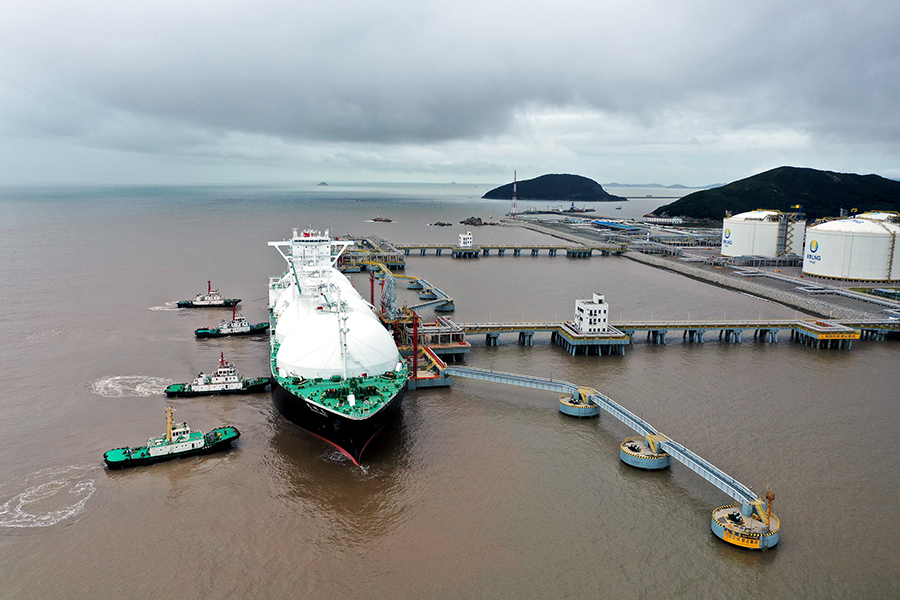 According to data provided by market tracker Clarksons Research, at the start of October, the order book of LNG carriers stood at a record high of 128. Between 2018 and 2021, the trading volume of new LNG carriers in the world reached 77, 60, 53 and 86, respectively.

Early this month, the daily rate for large-size LNG carriers in Asian-Pacific and Atlantic Ocean regions shot up to more than $300,000, compared with about $70,000 two months earlier.

Overall, there are structural contradictions between unmatched supply and demand in the LNG carriers market, the newspaper said.

Currently, the delivery date of LNG carriers from global mainstream shipbuilders has been scheduled into 2027, the newspaper said, adding that the demand in the LNG shipping market will continue to exceed supply for some time.

The tight market has also caused a price spike of LNG carriers. According to the economic research center of China State Shipbuilding Corp Ltd, in early October, a new LNG carrier was priced at $245 million, the highest level since 2014, and up 14.5 percent from early this year.

Building LNG tankers is considered a very complicated undertaking due to high requirements in technology, construction difficulties and added value.

Before 2022, only one shipyard in China, namely Hudong-Zhonghua Shipbuilding of China, was capable of building large-scale LNG carriers, with a market share of less than 10 percent. The remaining share was grasped by three South Korean shipbuilders－Hyundai Heavy Industries, Samsung Heavy Industries and Daewoo Shipbuilding.

This year, Chinese shipyards have obtained great breakthroughs in the LNG carriers sector successively. As a core competitor, the market share of Chinese shipbuilders saw a rapid growth, increasing to 16 percent in 2021.