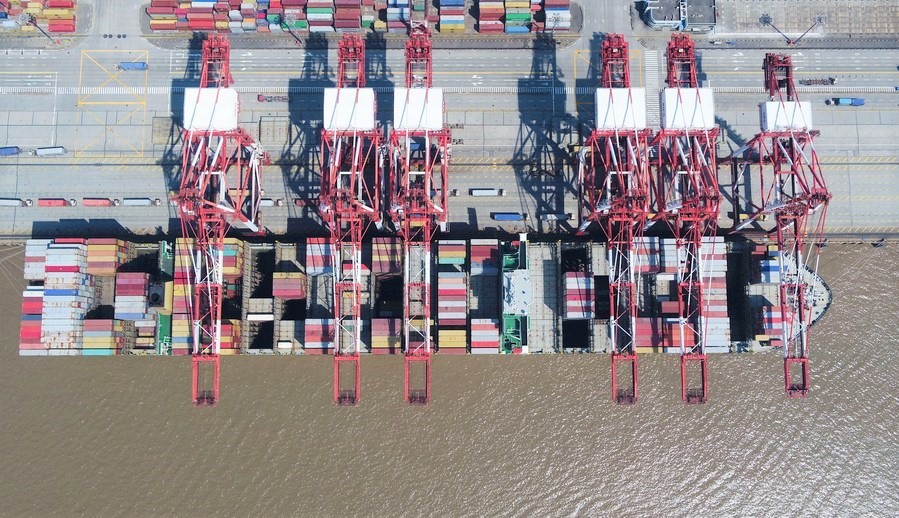 China will further ease outbound investment limits and allow more domestic institutional investors to purchase financial assets in the global market as part of its financial market reform and opening-up, according to an official announcement.

A senior official from the State Administration of Foreign Exchange said on Wednesday that fresh quotas worth $10 billion will be issued in several batches under the outbound Qualified Domestic Institutional Investor or QDII scheme.

The measures, which will be announced in a short period, will better satisfy the demands of domestic investors for financial assets in the global market, according to the SAFE.

The above three schemes are designed for outbound investment as China has yet to fully liberalize its capital account, which records the cross-border capital flows mainly for investing in financial assets. These programs provide financial institutions with quotas to invest in bonds and stocks overseas, which come at a time when the country is stepping up efforts to open its financial market.

Experts said that increasing the quota and expanding the pilot programs show the regulator's confidence in further opening the capital account, which will help raise demand for foreign exchange and make the renminbi exchange rate regime more balanced and market-oriented.

Recently, financial experts stressed that the opening up of the financial sector should go hand in hand with reforms in exchange rate formation mechanism and the process of advancing capital account convertibility.

Wang Yiming, former deputy director of the Development Research Center of the State Council, said that with the continuous improvement in China's opening-up, RMB capital account convertibility is inevitable, and China has made significant progress in promoting the convertibility of capital and financial accounts.

"Considering the rising financial risks in the post-COVID period, it is not a good time to fully open the RMB capital account," said Wang."The financial derivatives market for risk prevention is imperfect. Risks in the international financial market may be exposed in the future given the impact of the pandemic."

Wang said that China will promote RMB capital account convertibility in some pilot areas, including Shanghai, Shenzhen and Hainan province, and strengthen the interaction between the pilot free trade zones and offshore RMB centers.

Data from the SAFE indicated that, by Sept 23, the foreign exchange regulator had approved $107.34 billion total quota of QDII, and $3.36 billion quota was already allocated to 18 institutions, including fund management, securities and wealth management companies.