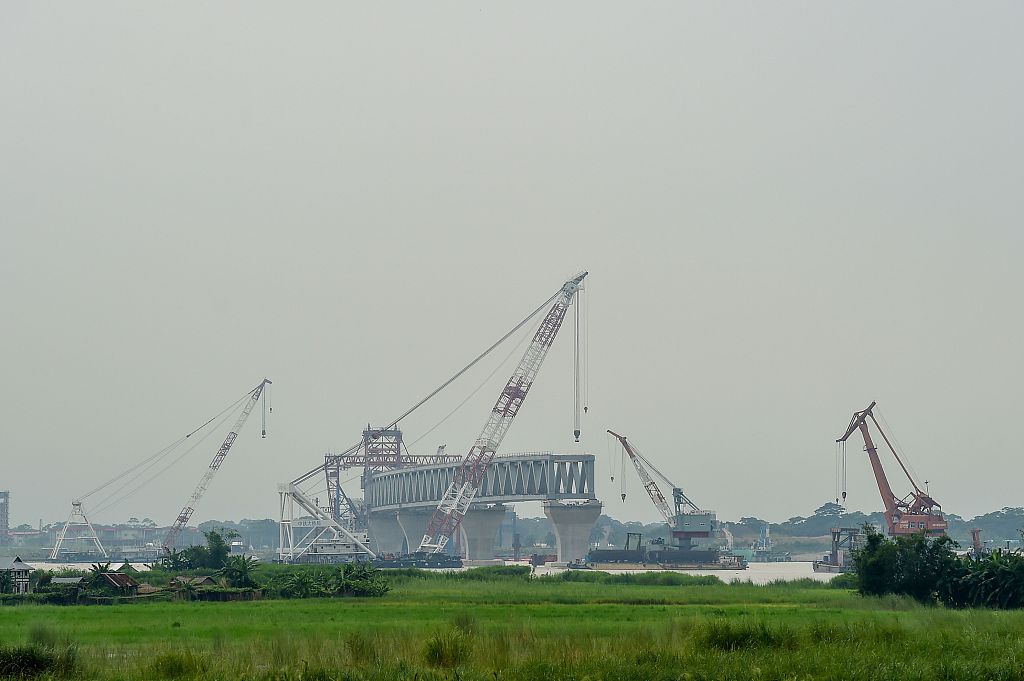 On September 13, 2018, Padma Bridge is pictured under construction at the Janjira point in Shariatpur. The Padma Bridge will connect the south-west of the country to the northern and eastern regions.  (File photos: VCG)

The 3,140-ton span was placed on the pillars 35 and 36 of the bridge on Wednesday afternoon.

With the installation of the 150-meter long span, the 7th span among the 41 spans has been installed on the 6.15-km bridge and about 1,050 m of the bridge is now visible.

In December 2015, Bangladeshi Prime Minister Sheikh Hasina inaugurated the main works of Padma Bridge project, the biggest of its kind for the country, by unveiling its foundation plaque.

Apart from connecting nearly 30 million people in Bangladesh's southwest region to the rest of the country, the bridge will enhance regional trade and collaboration along the Asian highway No. 1 and the Trans-Asian railway network.