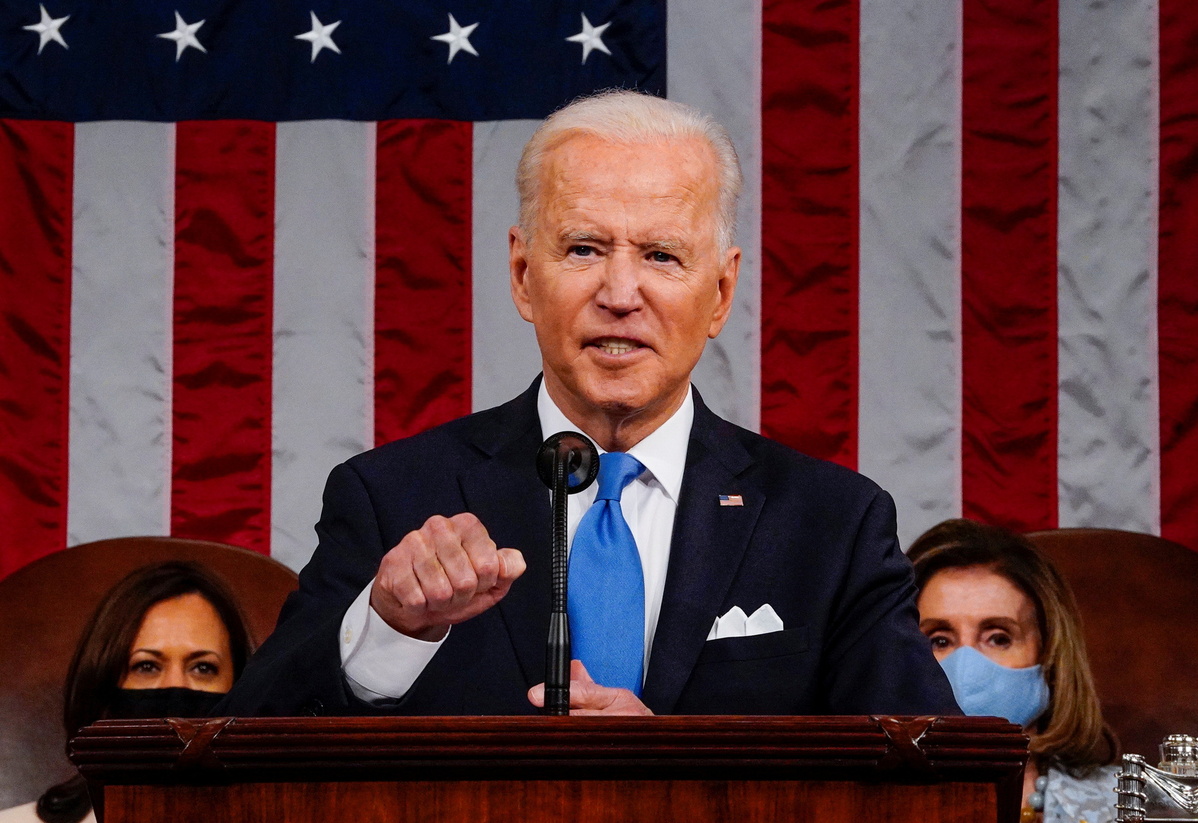 US President Joe Biden addresses to a joint session of Congress in the House chamber of the US Capitol in Washington, US, April 28, 2021. [Photo/Agencies]

The coalition of 28 industry groups is organized to make the case that hiking taxes on individually and family owned businesses and corporations will hamper the U.S. economy in the wake of the COVID-19 pandemic, the Main Street Employers coalition said in a statement.

The National Association of Wholesaler-Distributors, meanwhile, said on Twitter that the association is also joining forces with dozens of associations to oppose the tax hikes, forming the "America's Job Creators for a Strong Recovery."

"Main Street businesses took a big hit during the COVID crisis, and the latest Biden plan is a triple threat to individually- and family-owned businesses still struggling to recover," Chris Smith, executive director of the Main Street Employers coalition, said in an earlier statement.

Biden has unveiled two major spending plans with a multi-trillion-dollar price tag, and has called for tax hikes to offset the massive cost, urging corporate America and the wealthiest 1 percent of Americans to "pay their fair share."

Calling the 2017 tax cut "a huge windfall" for corporate America and those at the very top, Biden said recently it had poured billions of dollars into the pockets of CEOs, widening the pay gap between CEOs and their workers.

"Wall Street didn't build this country. The middle class built this country," said the U.S. president, arguing that it's time to grow the economy from the bottom up and middle-out.

Republican lawmakers have lashed out at Biden's proposals, calling his multi-trillion-dollar spending plans "liberal daydream," and arguing that the tax hikes would lower wages, kill jobs and shrink the U.S. economy.