BUSINESS Over 60 billion packages delivered a month before shopping festival

Over 60 billion packages delivered a month before shopping festival 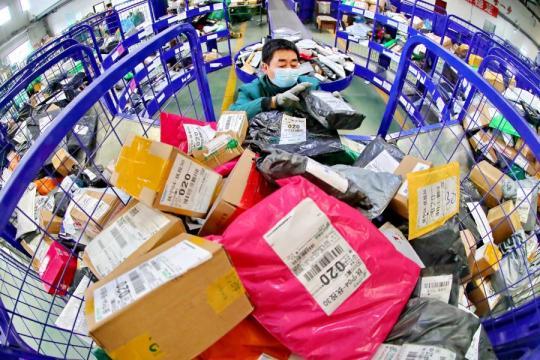 More than 60 billion packages were delivered in China by Sunday, nearly a month before the country's shopping spree "Double 11" on Nov 11.

According to the State Post Bureau of China, it took just 38 days for the number to hit 50 billion in September.

Last year, a total of 63.5 billion packages were delivered in China.

On Nov 11 a large amount of online shopping takes place and thus more packages are expected.

Express-delivery business has played an important role during the COVID-19 pandemic, starting late January. When people were restricted at home, online shopping become an inseparable part of their live, as well as express delivery.