Over 85 percent of Taiwan employees intend to change jobs: survey 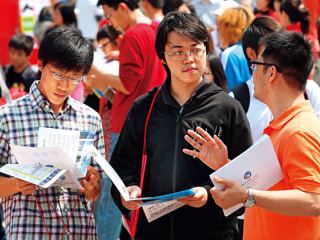 TAIPEI, Dec. 11 (Xinhua) -- About 86.2 percent of the respondents from a recent survey in Taiwan wanted to change jobs in the next two months, the highest in the past 12 years.

About 59 percent of 1,318 respondents in the survey, conducted by the job-hunting website yes123 from Nov. 14 to 27, said they have already started to submit their resumes while 25.8 percent received interview invitations, according to a survey report from yes123.

The top reason for changing jobs was the low salary level, followed by a lack of promotion or transfer opportunities as well as discontent with their work.

The industry that has the most employees wanting to change jobs was catering and tourism, followed by the IT industry as well as wholesale, retail and trade.

Among 905 employers approached by the survey, 87.7 percent said they have recruiting plans before the Spring Festival that falls in late January, slightly higher than last year.

About 57.5 percent of the employers said they will recruit because of the resignation of current employees and 30.2 percent are due for an expansion.

The growth of employees' salaries in 2020 may remain at the same level as this year as employers are more likely to offer more bonuses or allowances than raise the base salary, according to yes123.