BEIJING, May 7 (Xinhua) -- Over 90 percent of the respondents in a recent survey said they have resumed their work as the novel coronavirus epidemic subsides in China, according to a survey by China Youth Daily. 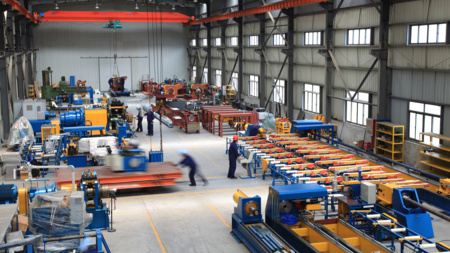 The survey, published by the newspaper Thursday, polled 2,015 people.

Over 58 percent of the people resuming work said their employers have fully restored ordinary work, according to the survey.

Over 34 percent said their employers practice rotating working hours, and around 45 percent said they have been asked to either work from home or adopt flexible working times.

A total of 64.3 percent of the respondents said their companies have the workplace better ventilated, and close to 60 percent of companies monitor their employees' body temperature at the entrance. Over half of the companies ensure broader workspaces for employees.

More than 57 percent of those surveyed said their employers provide face masks for work.

There are also measures such as preparing sanitizer for employees, shortening meeting times and regular disinfection in public areas.

Xiao Hua, a worker at a public institution in Guiyang, capital of southwest China's Guizhou Province, told the newspaper that he had to go back to work from early February, but his employer has been very strict about anti-epidemic measures.

"We have to pass multiple checks at the building entrance and practice proper disinfection before being allowed into the workplace,' Xiao said. "Some even need to disinfect their vehicles in the parking lot."

Xu Jie, who works for a design company in Beijing, said his company also implements prevention measures, requiring its employees to sit with one empty seat in between them at all meetings and avoid having meals at the same time.