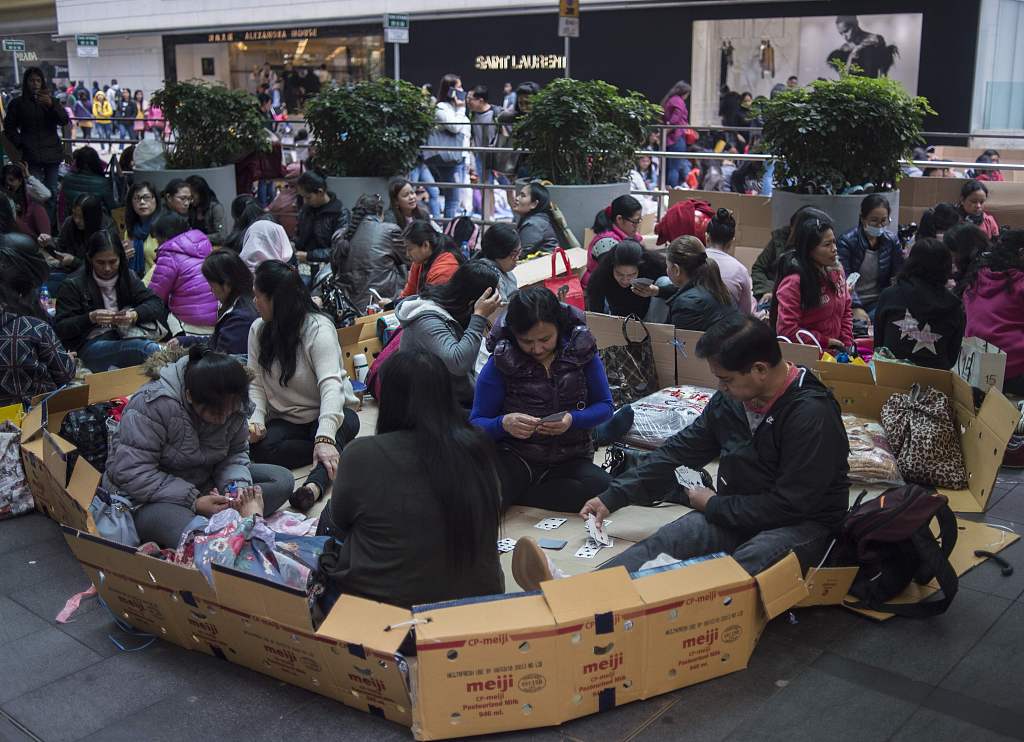 Filipino women labourers play cards among boxes as they relax on their day off (Photo: VCG)

BSP Governor Benjamin Diokno said the steady growth in personal remittances during the first five months of 2019 drew support from the remittance inflows from land-based overseas Filipino workers with work contracts of one year or more, which aggregated to 10.5 billion U.S. dollars from 10.2 billion U.S. dollars in the same period last year.

Overseas Filipinos remittances are one of the largest sources of foreign exchange income in the Philippines.

According to the BSP, personal remittances are a major driver of domestic consumption and in 2018 it accounted for 9.7 percent of gross domestic product and 8.1 percent of the gross national income.

The government estimates the number of overseas Filipino workers at 12 million, accounting for one-tenth of the country's population.