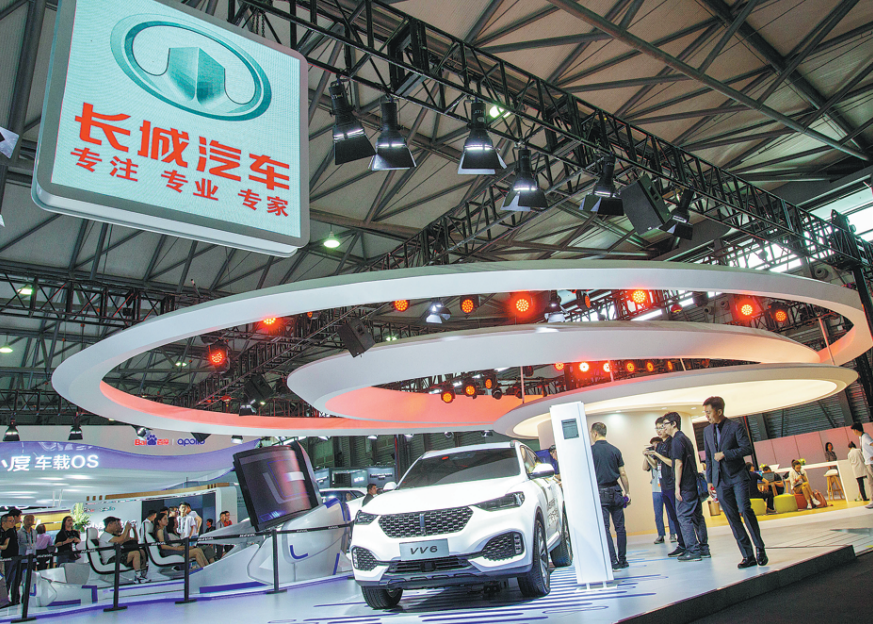 A VV6 model from Great Wall Motors is displayed at the CES Asia show in Shanghai. The automaker exports its secondhand vehicles to countries including Cambodia, Nigeria and Ghana, recently. (Photos: China Daily)

It did not reveal the number of vehicles involved.

The export was finalized through the carmaker's Tianjin-based subsidiary, which is one of five companies in the coastal city that have won government approval to sell used vehicles overseas.

Tianjin is one of nine cities as well as Guangdong province allowed to undertake the business after Chinese authorities started a program in May to export used vehicles.

In a document in May, the Ministry of Commerce said exports can "boost the healthy development of China's automobile industry and promote the steady improvement of foreign trade".

It said local authorities should select qualified exporters and appoint third-party agencies to test vehicles bound for overseas markets to ensure their safety and quality as well as offer good after-sales services.

Before Great Wall Motors' move, a dealer in South China's Guangdong province shipped 300 vehicles worth $2.5 million in early July to countries including Cambodia, Russia and Nigeria. 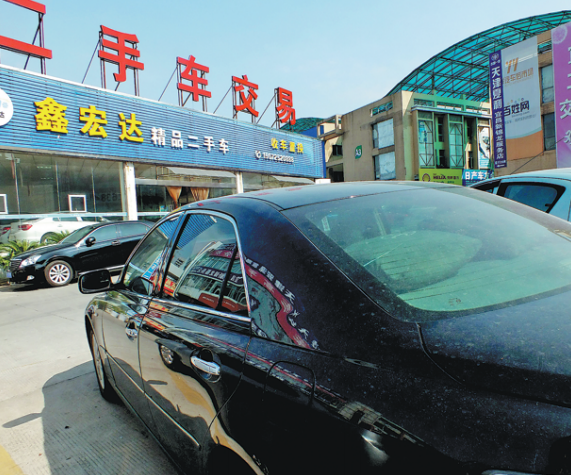 Car awaits for sale at a secondhand auto market in Yichang, Hubei province.

The ministry said the potential for used vehicle exports from China is "huge" considering the vast market.

The United States exported 800,000 used vehicles in 2018 and Japan shipped over 1 million such vehicles overseas, according to Bloomberg.

A total of 6.86 million used vehicles were sold in China in the first half of 2019, growing 3.93 percent year-on-year, yet few were exported.

Rich countries from Japan to the US have shipped at least some of their older vehicles to developing nations such as Mexico and Nigeria for decades now.

Bloomberg said the trade has achieved more than getting older autos off the roads but also has helped boost new car sales by reducing the supply of secondhand alternatives.

A longtime advocate of used vehicles, it said more transactions of used vehicles will be important in helping stimulate the need for new vehicles. China's new car market has been falling since July 2018.

Sales in the first seven months of 2019 totaled 14.13 million, down 11.4 percent year-on-year, according to the China Association of Automobile Manufacturers.

In developed countries, sales of used vehicles are usually twice the figure of new car sales.

The opposite is true in China. Last year, secondhand car sales totaled 13.82 million, less than half of the new vehicle deliveries in the country, according to statistics from CADA.

Bloomberg said it makes sense that China speeds up exports of such vehicles, saying that the country is home to 250 million registered vehicles - the largest fleet in the world - and it's just a matter of time before more of them are resold. It said the quality of Chinese cars has improved to the point where many developing-world consumers may well choose them as a cheaper alternative to used Toyotas or Fords.