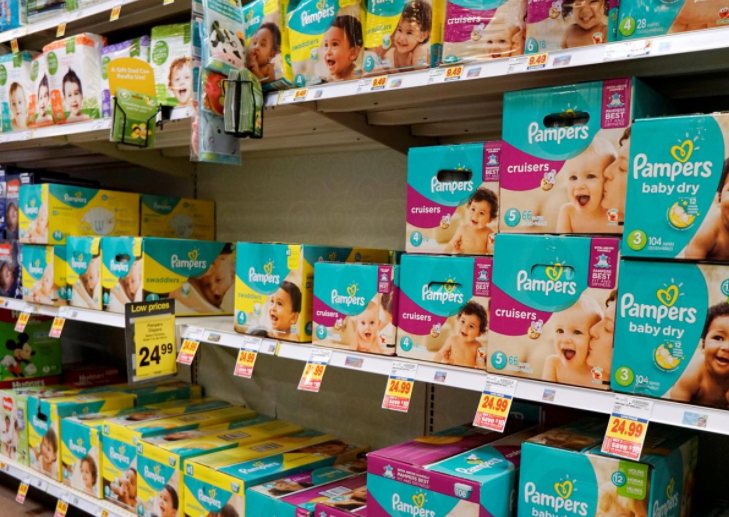 A display of Pampers diapers are seen on sale in Denver, Colorado February 16, 2017. (Photo: Reuters)

The maker of Pampers diapers and Gillette razors said the deal would help it expand its portfolio of consumer healthcare products which includes Vicks cold relief.

The deal follows GlaxoSmithKline agreeing to buy Novartis out of their consumer healthcare joint venture for $13 billion after dropping its pursuit of Pfizer’s consumer unit.

Pfizer has struggled to divest the business for as much as $20 billion, after Reckitt Benckiser dropped out last month and Johnson & Johnson stepped away in January.

Prescription-free remedies offer stable sales due to customers’ brand loyalty, albeit at lower margins than pharmaceuticals.

But intense price competition online, mainly from Amazon, as well as cheaper store-brand products have weighed on profits in the US and other Western markets.

The purchase price for Merck’s business suggests that the German company climbed down from price demands of as much as 4 billion euros, which sources told Reuters had deterred initial suitors such as Nestle, Perrigo and Stada owners Bain and Cinven.

Morgan Stanley analyst Vincent Meunier said the price still implied a valuation of 4.7 times sales and around 19 times operating profit (EBITDA) for the business, at the high end of recent deals in the sector.

“This will help (Merck) focus on its pharma unit and refurbish its pipeline,” he said.

Merck shares were up 0.5 percent higher at 0833 GMT, among top gainers in the German blue-chip DAX index, having risen 1.2 percent earlier.

Merck said that it fetched a multiple of about 19.5, above recent industry transactions and based on an adjusted “economically transferred” EBITDA of 173 million euros in 2017.

The proceeds would allow it to reduce debt faster, giving its businesses, which include chemicals, pharmaceuticals and lab equipment, more flexibility, although it ruled out acquisitions worth more than 500 million euros this year.P&G also announced it will split up its consumer care joint venture with Teva, PGT Healthcare, on July 1, saying strategies were no longer aligned.

PGT accounts for nearly all of P&G’s personal health care sales outside of the United States.

Teva said the terms of the agreement to terminate the JV with P&G would not be disclosed and that the dissolution was amicable.

Merck said the divestment of its consumer health business did not change its goal of keeping net sales of its established prescription drugs, such as Erbitux against cancer and multiple sclerosis treatment Rebif, organically stable until 2022.

It will issue guidance for 2018 to reflect the sale of the consumer healthcare business with it publishes first-quarter financial results on May 15, it said.