For centuries, Switzerland has been world-renowned for its cheese, chocolate -- and watches. However, the latest developments in technology coupled with changing consumer demand appear to force the Alpine country's makers of luxury timepieces to reinvent and innovate if they want to stay on top of the market. 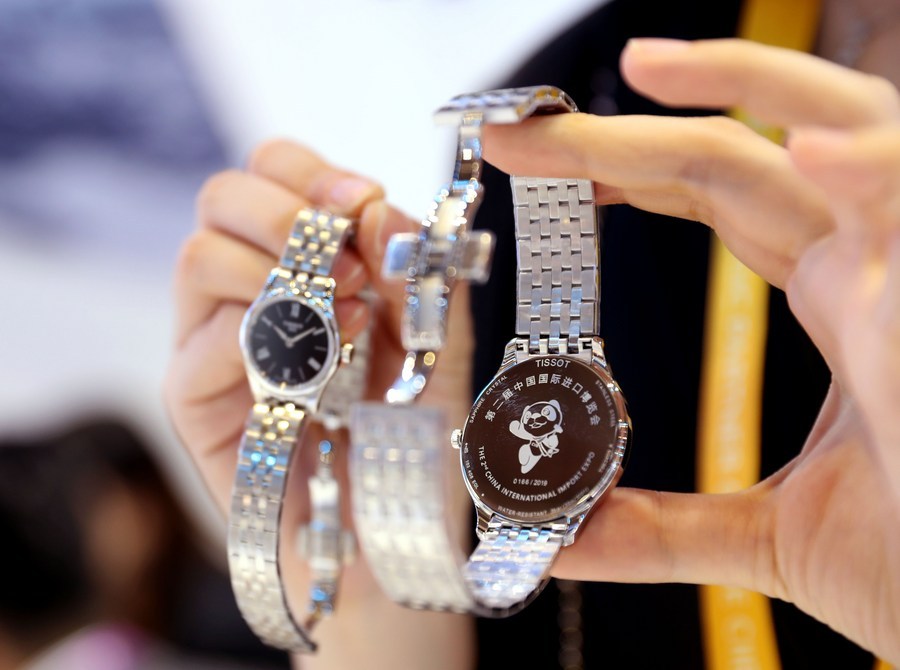 At this year's digital Geneva edition of "Watches and Wonders" -- a trade show of the international watch and jewelry industry -- 38 of the world's top watchmakers show off their latest and best designs between April 7 and April 13. They include Rolex, TAG Heuer, Cartier and Patek Philippe.

IWC Schaffhausen, a leader in luxury watchmaking and a subsidiary of the Richemont Group, is also among them. The company, established in 1868, has just launched a new collection of pilot's watches, which are ultra shock-resistant and engineered for the most extreme conditions.

"Our new Big Pilot's Watch Shock Absorber XPL is the first advanced watch that is coming out of our experimental research department," IWC's Chief Executive Officer (CEO) Christoph Grainger-Herr told Xinhua in an interview. "It takes watch engineering to the next level."

Despite the latest tech trends and the dominance of digital solutions - which Switzerland's expert watchmakers are keen to keep abreast of - the classic analog watch will remain a popular choice, Grainger-Herr said.

This is true even if the COVID-19 pandemic has catapulted the watch business into a new technological era with the strong growth of e-commerce, the emergence of virtual boutiques and the plethora of online events.

"We just launched our IWC app that comes with an augmented reality (AR) 'try-on' function allowing all of the new product content to be fed to our customers' smartphones," he said. Customers can point their camera at their wrist and virtually "try on" the watch.

"I think these steps prove that an essentially mechanical and traditional industry and a brand like IWC are still very much empowered and enabled by everything we see in the digital space today," he added.

Luxembourgish watchmaker Jean-Claude Biver is a living legend and an avantgarde icon in the global watch business.

He was president of LVMH's Watch Division for many years and was responsible for brands such as TAG Heuer, Zenith and Hublot, and also helped Blancpain and Omega to scale new heights.

He retired in 2018 after a 43-year career, but he did not leave the industry. Just recently he has launched the historic first Non Fungible Token (NFT) auction of a luxury watch together with Swiss cybersecurity company WISeKey. NFTs are blockchain-based certificates validating that someone owns a piece of digital art.

Switzerland's watchmaking industry traces its roots back to the mid-16th century and the Reformation in Geneva.

It then flourished during the 19th century, and following a crisis in the 1970s and 1980s, the sector found a new lease of life making it one of the jewels in Switzerland's economy today.

Today, around 700 watchmaking firms are active in the country. Most of them are based in Geneva and the "Watch Valley" in the Jura Arc - and they all feel the squeeze cased by the COVID-19 pandemic.

According to the Federation of the Swiss Watch Industry, the lockdowns, store closures and restrictions on international tourism have dealt a severe blow to the watchmakers' exports.

The rare exception was the Chinese market, which took in 2.4 billion Swiss francs' worth of Swiss watches last year, 20 percent more than a year earlier.

"China is ahead of us by far, at least in the digital and online domains," Biver commented.

Meanwhile, IWC is also keen to build on its gains in the Chinese market. Grainger-Herr has recently announced his company's plan to open its first and largest flagship boutique in the world in Shanghai later this year.

"We haven't done anything like this before," Grainger-Herr said. "It is going to be a big moment for us as a brand later this year. Of course, we are very excited about the opportunities in China going forward."