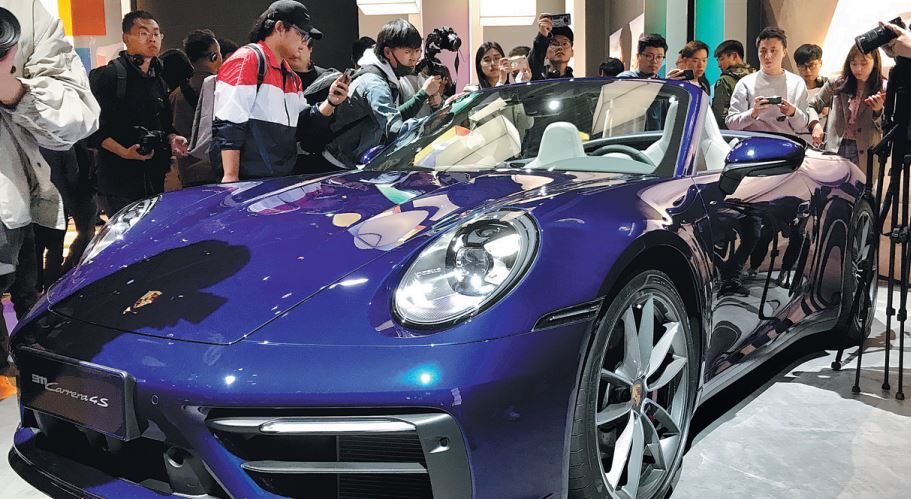 More people in China are showing an interest in owning a car as the COVID-19 pandemic is brought under control, according to a UBS survey.

In a survey of 1,000 people in April by UBS Evidence Lab, 27 percent of respondents said the pandemic has made them more willing to buy a car.

That is 10 percentage points higher than a survey of 1,000 people UBS did in February, when the pandemic was at its peak in the country.

"It's probably because people are optimistic about the end of the pandemic and economic recovery so they're willing to buy cars. We'll see the results of the demand in the coming months," said Paul Gong, a UBS automotive analyst, in a teleconference earlier this month.

He said upcoming sales will see positive growth. China's vehicle sales rose for the first time in April as 2.07 million vehicles were sold in the month, up 4.4 percent year-over-year. Sales went up 14.5 percent year-on-year to 2.19 million in May, according to the China Association of Automobile Manufacturers.

Some carmakers have released their May sales. Sino-US joint venture SAIC-GM-Wuling sold 120,000 vehicles during the month, up 11 percent year-on-year.

Japanese carmaker Nissan sold 130,016 vehicles in China in May, up 6.7 percent year-on-year.

Chinese electric car startup Nio sold a record high of 3,436 vehicles in May, up 215.5 percent year-on-year.

"We expect to achieve our delivery goal for the second quarter of 2020, while continuously improving the gross margin and narrowing the operating loss," said Nio Chief Financial Officer Steven Feng.

Gong said UBS expects sales growth in June as well. "So we'll likely have positive growth in the second quarter and the third quarter will see double-digit growth," he added.

He explained the growth in the third quarter also had to do with a lower base in 2019, which was primarily caused by a lack of available models in the market back then following the adoption of stricter emissions standards. 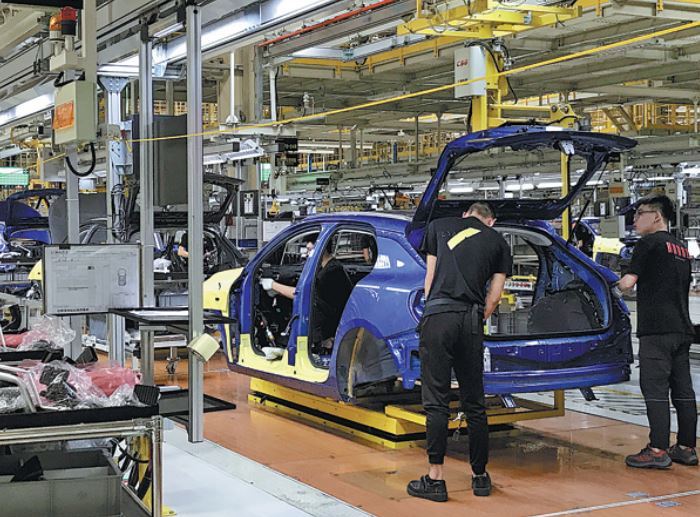 Vehicle sales for 2020 are likely to see a slide in the single digits instead of double digits as many organizations had estimated, Gong said.

In terms of China's new energy vehicle initiative, UBS said the pandemic will have little effect.

"It may have affected some carmakers' financing," he said. "But long-term goals, like China's goal of electric cars accounting for 25 percent of the country's total sales by 2025, are immune to the pandemic."

"In China, which has now experienced a rapid 'v-shaped' rebound during April and May of 2020, we expect to end the year with a 9 percent decline in sales for 2020," said Shiv Shivaraman, AlixPartners Local Market Leader for Greater China.

But Shivaraman does not expect China's auto sales to return to the peak seen in 2017 before 2025.

The company's global sales forecast for 2020 is what the firm calls a "mixed-speed recovery", with China recovering the fastest, to 22.5 million units; followed by the US, at 13.6 million; and Europe, at just 14.1 million.

Stephen Dyer, managing director in AlixPartners' Shanghai office and head of the Greater China Automotive practice, said: "The impact of the COVID-19 crisis globally is as if a market the size of Europe had vanished for the year."

AlixPartners estimated that the global auto industry faces a cumulative volume drop of up to 36 million vehicles between 2020-22 following poor sales in 2019.

Added to this is $72 billion in new debt added since early March, due to lockdowns, slow restarts and lingering blows to consumer confidence and employment.

"Clearly, automakers, suppliers, mobility players and all others connected to this industry need to be microscopically selective with their capital-allocation decisions－closely and unsentimentally examining each and every program and spend for its cash and profitability implications," said Dyer.

"To weather the storm, companies need to be courageous, yet forward-looking in their decisions, all the while taking full advantage of any favorable governmental policies available to them," he added.