Passenger throughput in Guangzhou and Shenzhen's airports to drop in Jun 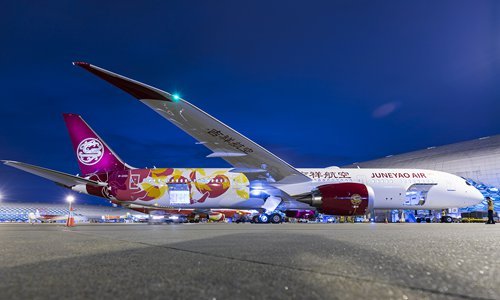 The passenger throughput of airports in Guangzhou and Shenzhen, South China's Guangdong Province is expected to decline in June, as the province fights against the spread of COVID-19 cases.

In addition, during the week of May 31 to June 6, the passenger traffic of the three major domestic airlines, Air China, China Southern Airlines, and China Eastern Airlines all fell by more than 15 percent compared with the same period in 2019.

Flight numbers are likely to continue falling across the forthcoming Dragon Boat Festival holidays. Baiyun airport has an average daily scheduled outbound flight number of less than 300 flights over the four-day festival which falls on June 12, according to information provider VariFight.

It is now a requirement to present a green code and a negative result of nucleic acid test within 48 hours to be able to leave Guangzhou from June 9. For those depart from Shenzhen, a result with 72 hours is required, according to the relevant epidemic prevention and control measures.

Baiyun airport and Baoan airport saw 325,600 and 202,200 fewer passengers respectively in May, which reached more than 500,000 in total. Guangzhou on Tuesday ordered cinemas, theaters, KTVs, internet cafes and other entertainment venues to suspend business amid rising infections.