Cyprus said Thursday it will pay to ensure hundreds of Cobalt Air passengers stranded on the holiday island can return home safely after the sudden collapse of the low-cost carrier. 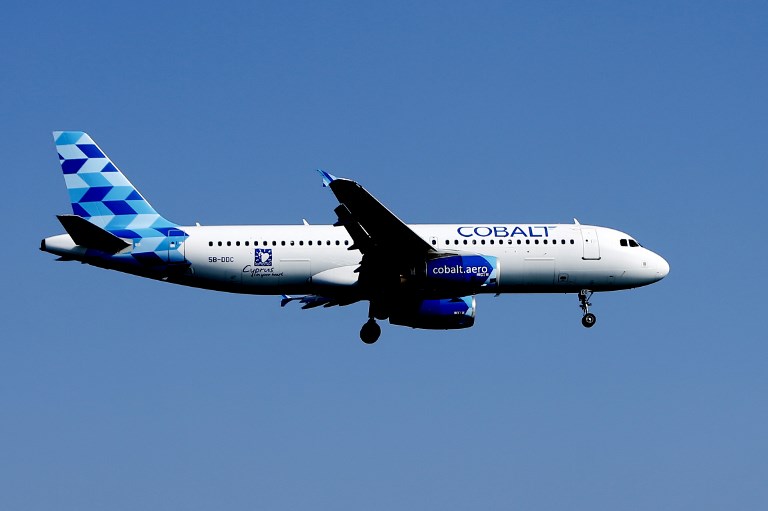 In this picture taken on August 17, 2018, an Airbus A320-232 plane from low cost Cypriot carrier Cobalt comes into land at Larnaca Airport, southern Cyprus. (AFP)

In a surprise announcement posted on its website late Wednesday, the airline said it was cancelling all flights from shortly before midnight "due to indefinite suspension of Cobalt's operations".

It warned customers its offices would no longer be staffed and urged them to seek refunds through their credit card company or travel agent.

The airline was launched only two years ago, filling the void to become the Mediterranean island's biggest carrier after state-owned Cyprus Airways went bankrupt in January 2015.

Employing many pilots from the defunct national carrier, it went on to operate 13-15 flights daily, taking up to 3,000 passengers to 23 destinations including Athens, Beirut, Heathrow, Paris and Tel Aviv.

But late on Wednesday night, its website was abruptly replaced with a single-page statement announcing the cancellation of all of its flights from 23:50 pm.

Its last flight was reportedly in the air on the way back to Larnaca from London at the time.

"As a result, future flights or services provided by Cobalt will be cancelled and will no longer operate," the statement said, without elaborating on the reasons.