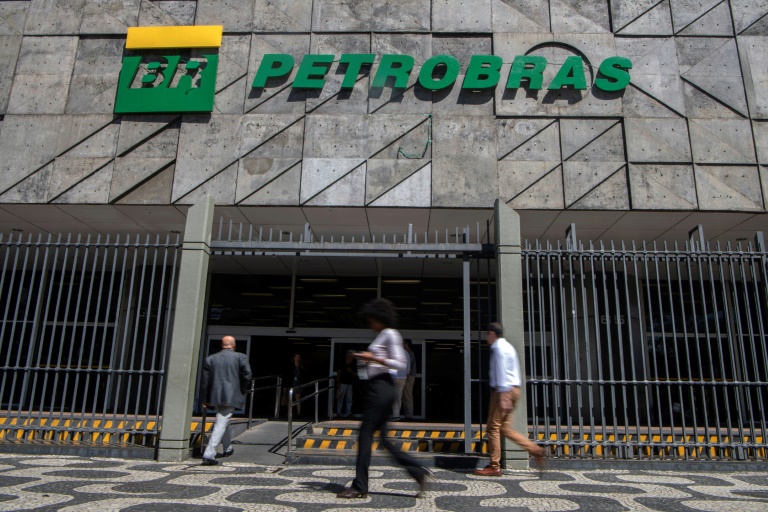 Brazil's state-run oil company Petrobras reported a steep net loss for the first quarter of the year Thursday and warned more heavy losses were on the horizon because of the coronavirus pandemic.

The company posted a net loss of 48.5 billion reals ($8.35 billion at the current exchange rate) for the first three months of the year, its worst quarter since it was hit by a huge corruption scandal in 2014-2017.

The loss was mainly because of a 65.3-billion-real impairment charge the firm took when it wrote down the value of some of its oil fields, saying the "challenging environment" now meant they were overvalued.

"The global oil and gas industry has been hit hard and is facing its worst crisis in the last 100 years," chief executive Roberto Castello Branco said in a statement.

The loss came despite the fact that oil prices only started their downward spiral toward the end of the quarter.

The pandemic, plus a price war between Saudi Arabia and Russia, drove oil prices to more than 20-year lows last month, as stay-at-home measures caused a collapse in travel worldwide.

At one point the US benchmark price even plunged deep into negative numbers.

"The global recession did not significantly affect the company’s performance in 1Q20, which is expected to happen in the following quarters," he said.

Petrobras only emerged in 2018 from four years of heavy losses brought on by revelations that top politicians and executives stole billions from the company in a massive corruption scheme.

Now, after posting a record profit in 2019, the firm is facing potentially long-lasting fallout from the pandemic.

The dramatic plunge in oil prices and demand in recent months may linger even after the pandemic, said Branco.

"The execution of the production cuts promised by members of OPEC+ is quite uncertain given the long history of non-compliance and the temptation caused by the need to generate cash for some of its members," he said.

"The behavioral changes generated during the social distancing phase (of the pandemic) and the governmental incentives to replace fossil fuels are other factors that lead us to have a more cautious view on the evolution of oil prices over the next few years."