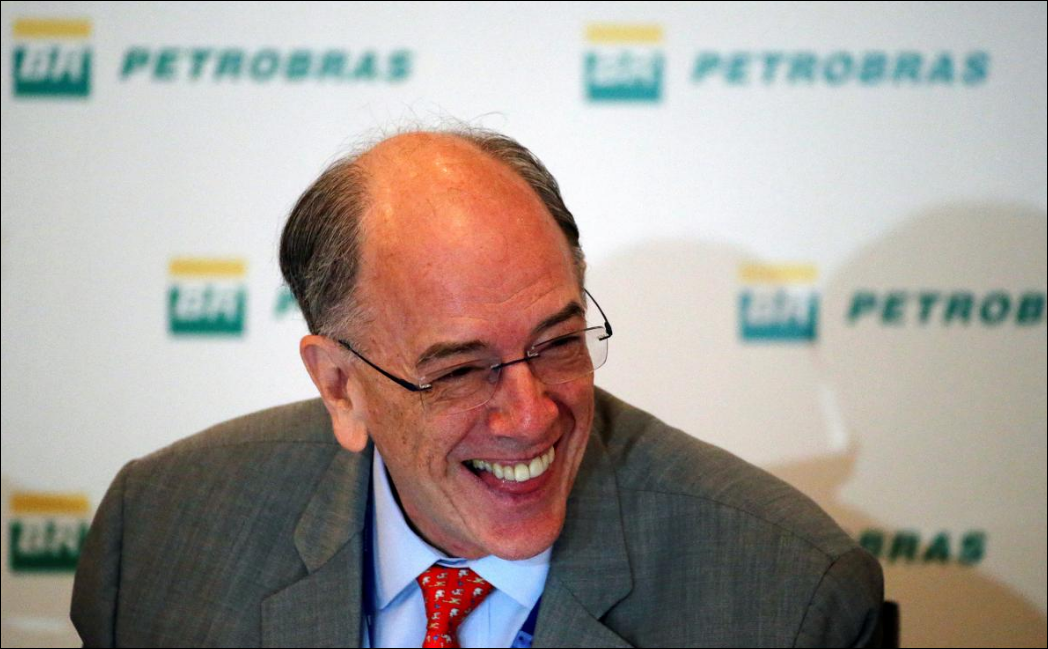 Petroleo Brasileiro SA’s chief executive quit on Friday in a surprise move that wiped some $12 billion off the state-controlled oil producer’s market valuation, after Brazil’s government responded to a trucking strike by intervening in the company’s fuel pricing policy.

Pedro Parente, who in two years in the job had succeeded in slashing Petrobras’ debt and restoring it to profitability, said in a resignation letter to President Michel Temer it was clear after the last week’s turmoil that new talks would be needed on pricing policy.

“Given this situation, it has become clear that my remaining as CEO of Petrobras has stopped being positive and will not contribute to the alternatives that the government must consider going forward,” Parente said in the letter.

Shares in Petrobras, Latin America’s biggest oil producer, plummeted as much as 15 percent in afternoon trading, wiping some 45 billion reais ($12 billion) from the company’s capitalization and pushing Brazil’s wider Bovespa index into negative territory. The real currency weakened as much as 1 percent against the dollar. Petrobras bonds also fell.

Parente’s policies had helped pushed Petrobras shares to a multiyear peak just last month, but a rise in international oil prices triggered anger at Brazilian gas stations and led to calls from politicians and unions for the executive to go.

Still, his resignation appeared to have taken Temer’s already beleaguered government by surprise. A senior presidential source told Reuters on Thursday that no such move was expected.

Petrobras said in a statement the board would choose an interim CEO on Friday and other top executives would remain. A company source said the board would meet at 4 p.m. (1900 GMT).

A widely held emerging market stock, Petrobras was at the epicenter of a bribery and graft scandal involving some of its key suppliers that roiled Brazil’s political and business elites four years ago. Brazil’s former left-wing government used the company to subsidize fuel prices, helping drive it heavily into debt.

The company risks becoming a political football in October’s presidential election, with far-right candidate Jair Bolsonaro’s key economic adviser calling for its privatization, while leftist Ciro Gomes has warned investors to avoid state energy sector assets because he would expropriate them. Gomes had called for Parente’s resignation.

A key plank of Parente’s turnaround campaign for the company and a condition for his taking the top job in 2016 was freedom to control fuel prices. He sought to align those more closely with international markets through nearly daily price adjustments.

But on Sunday Temer, governing with rock-bottom approval ratings, announced plans to placate the striking truck drivers - who were protesting the high cost of diesel - by freezing fuel prices on a monthly basis and taking other measures to bring domestic diesel prices down.

Truckers have gradually returned to work since then, after a protest that left gas stations and some airports without fuel and supermarket shelves bare.

“The policy (Parente) put in place was the scapegoat of this whole crisis,” said Roberto Castello Branco, a former Petrobras board member, arguing that Temer’s weakened government must have asked Parente for changes he could not accept. “The pressure on him was enormous.”

“For the country, for the company, a great source of uncertainty has opened that is very dangerous,” he added.

Although Temer promised the government would compensate Petrobras for any losses incurred by its intervention on fuel prices, the move may have crossed Parente’s red line against political interference.

While investors and oil industry insiders bemoaned his departure, others rejoiced.

“Parente was the most responsible for the crisis that Brazil has faced with the trucker strike,” the truckers lobby said in a statement. “Nothing justifies the abusive diesel prices put in place by the company in the last few months.”

“Pedro Parente, you will go down in history as a terrible administrator, who took gasoline away from Brazilians,” Jose Maria Rangel, leader of FUP, Brazil’s largest oil workers union, said in a video message. “You don’t deserve to walk through the doors of Petrobras again.”

Parente’s departure comes days before Brazil hopes to attract foreign oil companies to bid on oil fields in its coveted “presalt” exploration areas and leaves in limbo several of his key priorities, including selling major refineries.

Also unresolved is a long-running dispute with the government over an oil-rich offshore area, which could represent a windfall for Petrobras if a deal is reached.