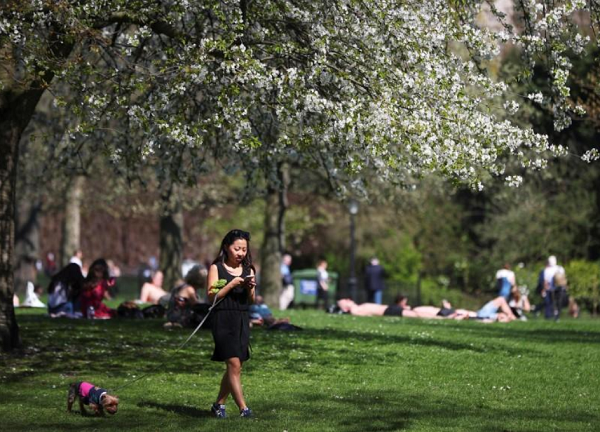 The list of casualties on the British high street seems to grow by the week, forcing survivors to seek new strategies to weather the onslaught from online rivals like Amazon (AMZN.O).

For Pets At Home (PETSP.L), struggling in its traditional business of selling dog and cat food, the game plan is an increasing drive into the higher-margin area of veterinary practices.

The company reported falling profits in late May, sinking its shares to an all-time low, but its in-store vet business was a rare bright spot, with revenues rising 16 percent.

It is now placing its bets on vets.

It told Reuters it plans to double the number of practices it operates – mainly 50-50 joint venture partnerships with vets – to 1,000 over the next decade.

The company will invest 20 million pounds ($26 million) next year alone in its vets business, which has a core profit margin of about 34 percent compared with its retail division’s 14 percent.

Pets At Home is not one of the bigger British retail players, with a market value of about 830 million pounds. Yet its toils and tactics tell a wider story about how companies across the sector are being forced to rethink business models to plot courses out of the gloom.

Its push also reflects a global boom in high-margin pet services such as vets, grooming and premium accessories like toys and bedding. U.S. consumer spending on such services is growing at double-digit percentage rates, driving a surge in deal-making in the area.

Consumer giant Mars’s pet-care division is now larger than its traditional confectionary business, for example, after a string of acquisitions including two announced in the last week, for British firm Linnaeus and European chain AniCura.

Britain’s high-street retailers have had a torrid 2018.

As well as online competition, they have been hit by weak consumer sentiment and currency swings due to the Brexit vote. Maplin and Toys R Us collapsed in February, while Poundworld went into administration last week and Mothercare (MTC.L), Carpetright (CPRC.L) and House of Fraser are shutting stores in restructuring plans.

Pets At Home is looking to elude such a fate, yet its vet expansion plans carry significant risks.

The company’s revenue from the vets practices - which make up about a third of group operating profit - comes entirely from the franchise fee it charges its joint venture partners, calculated as 17-18 percent of sales. However many of the practices are struggling to turn a profit - suggesting the model could be unsustainable unless business picks up.

A Reuters review of the accounts of more than 200 of the joint ventures found three-quarters them are loss-making.

Pets At Home declined to comment on the size of the losses of the underlying joint ventures, but said the group expected each practice to break even after four to five years of trading.

“It takes time for a veterinary practice to develop and reach maturity. We have a lot of young practices, more than half are under four years old,” a spokeswoman said, adding that 87 of its 461 practices were profitable and debt-free.

The company also faces increasing competition from chains include private equity-backed Independent Vetcare and CVS (CVSG.L), as well as a shortage of vets and veterinary nurses in Britain that could hamper the expansion plans.

“There are a lot of questions out there in terms of the sheer number of practices,” said Mark Hedberg, a vet and joint venture partner in the southern England town of St Neots. “In the last three to four years it has increased massively. It is hard to find veterinary staff to staff all these expansions.”

Two other joint venture partners told Reuters they were also finding it difficult to staff their businesses.

“It is very competitive, especially because the other corporates are in the market,” said Laszlo Novak, a joint venture partner in Linlithgow, near Edinburgh. “There is a huge pressure.”